King of the Tabletop - Universal Statistics 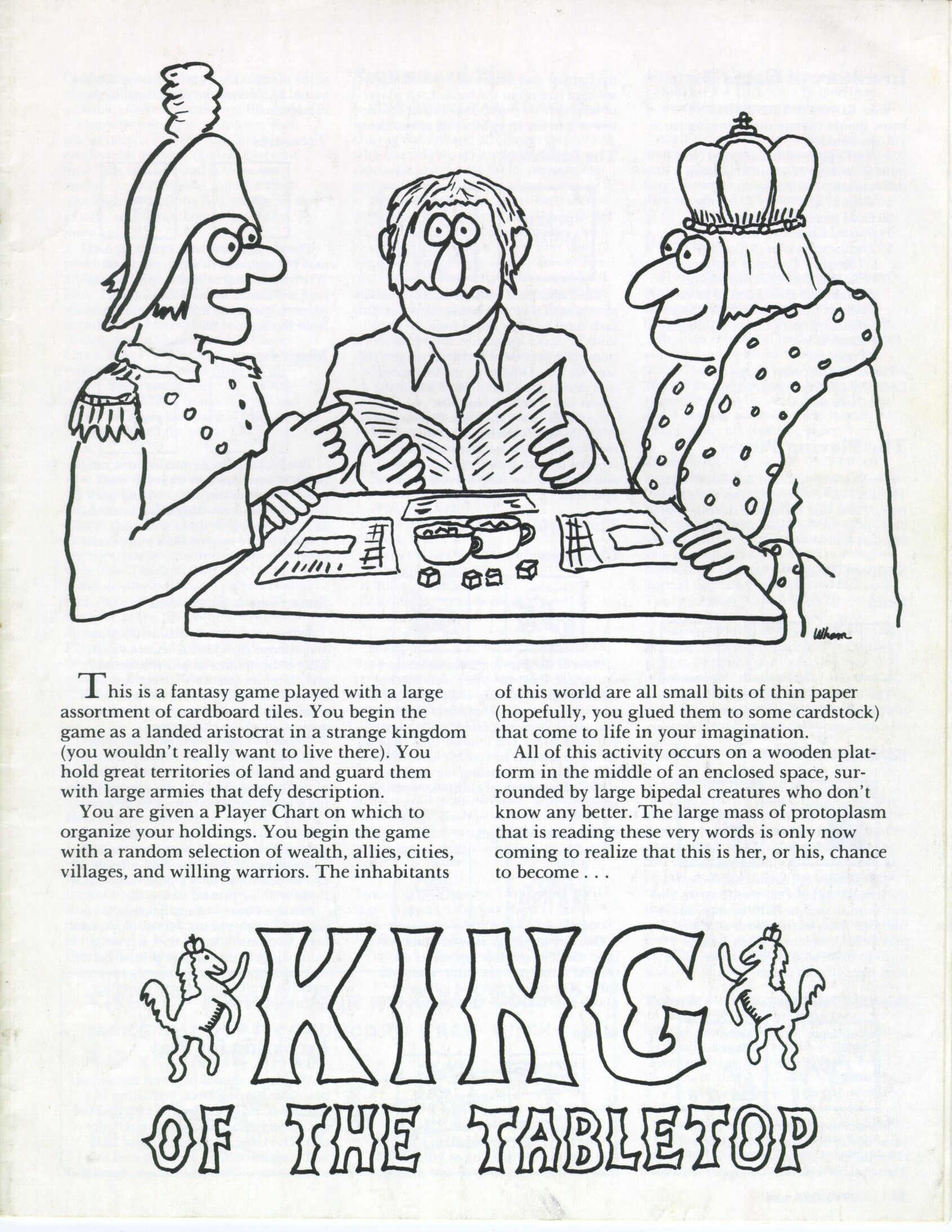 Each player controls a kingdom made up of land tiles of different terrains (mountains, forest, etc), castles, settlements, and people and creatures. The object of the game is to have a certain amount of prestige, judged based on the size of one's kingdom, treasury, and the number of special heroic characters inhabiting the kingdom, as well as having a Grand Muniment (very large castle). This game was originally published in Dragon #77. Errata appeared in Dragon #78. Re-Implemented by: Kings & Things.