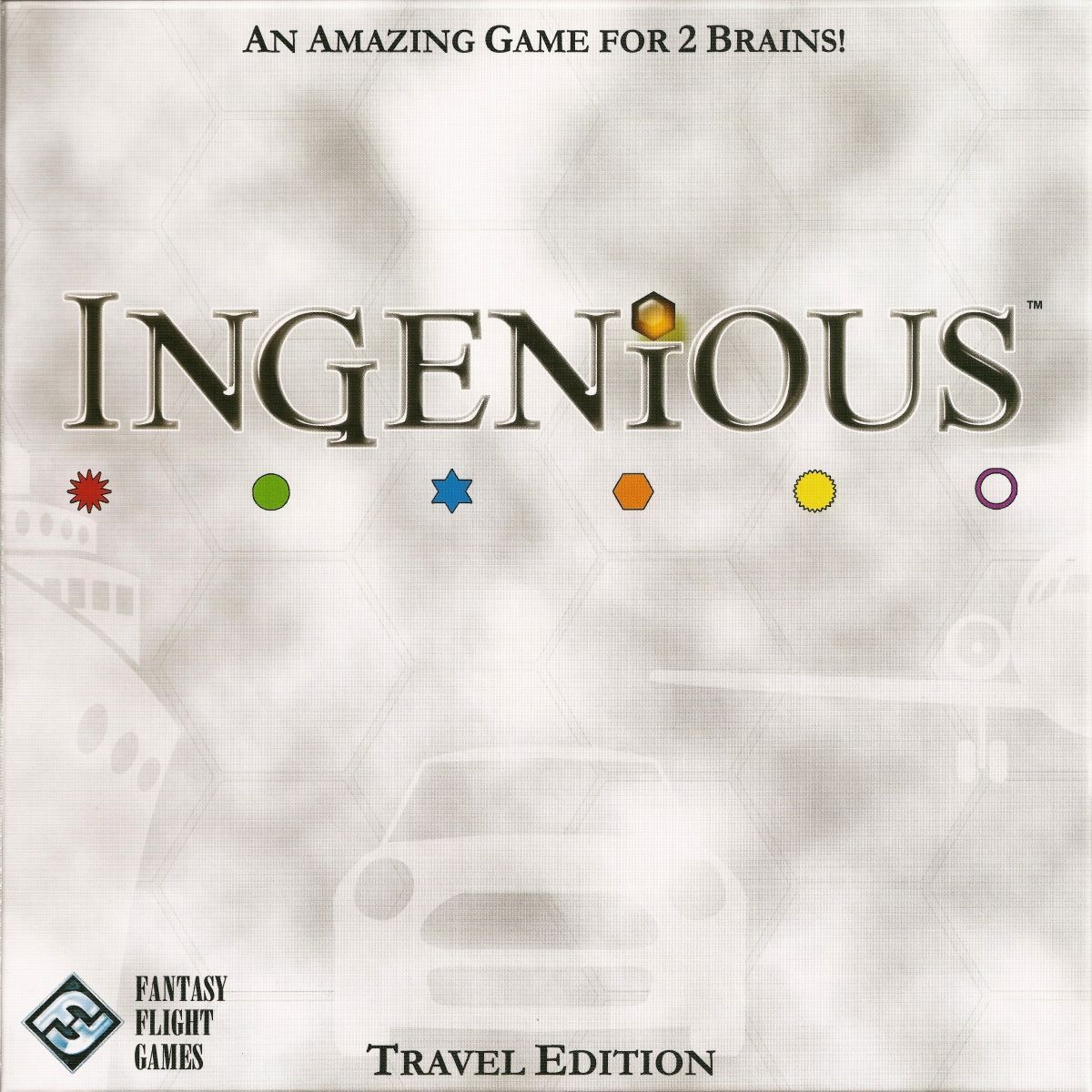 It's Einfach Genial/Ingenious in a 2-player travel version. The game is played on a hex board. 57 equally sized pieces, each consisting of two joined hexes come with the game. There are symbols on each hex that makes up the piece (sometimes identical symbols). The pieces are drawn randomly in the game. Each player receives six pieces to start the game, which are placed onto a rack and visible to them alone. The goal of the game is, through clever placement, to obtain points in the different symbol colours. Points are claimed by placing a piece into any open space such that the symbols on it lie next to already-placed pieces with the same symbol. So, for example, if a player places a piece with a purple circle on it such that it sits next to an unbroken line of four other purple circles already on the board, then the player scores four purple points. A newly placed symbol can lie next to at most five individual rows of symbols. Each player uses a scoring track to keep track of his points – one track for each colour going from 0 to 18. If a player reaches the 18th space with any colour, then he gets to call out “Genial!” and take another turn. At the end of their turn, players draw as many tiles out of the bag as required to bring their rack back up to six. The game ends when no more tiles can be placed onto the board. Now each player looks to see how many points they scored in the colour they scored the least in. Whoever has the most points in their least-scored colour is the winner. In the full game, there are 5 of each double and 6 of each pair of colors, the travel edition has 2 of each double and 3 of each pair. Einfach Genial - Reiseedition is part of the Kosmos two-player series.