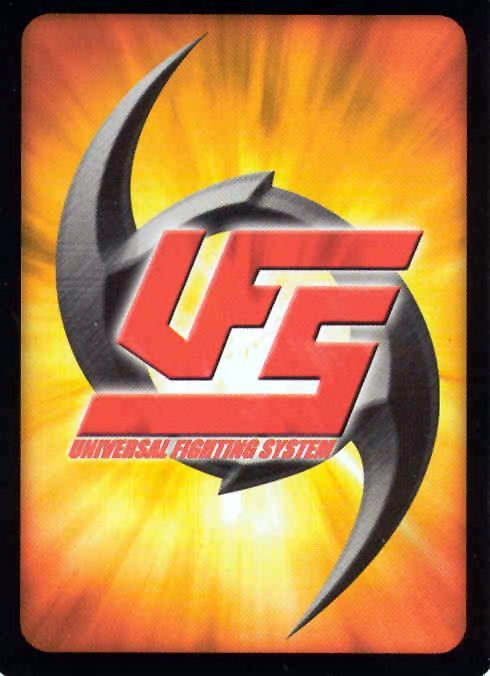 Collect the major fighters of the Street Fighter video games and unleash their powers against your opponent by playing maneuver/power cards from your hand. The objective is simply to reduce your opponent's vitality to zero, but they can play their own defense cards to thwart your efforts. The combat system employs a "progressive difficulty" mechanism, which means the more you do in a turn, the harder your later actions become. UFS is modular and works with other games in the system, so you can have those epic Street Fighter vs. Soul Calibur or Penny Arcade battles. Compatible with: Universal Fighting System: Soul Calibur III Universal Fighting System: Penny Arcade