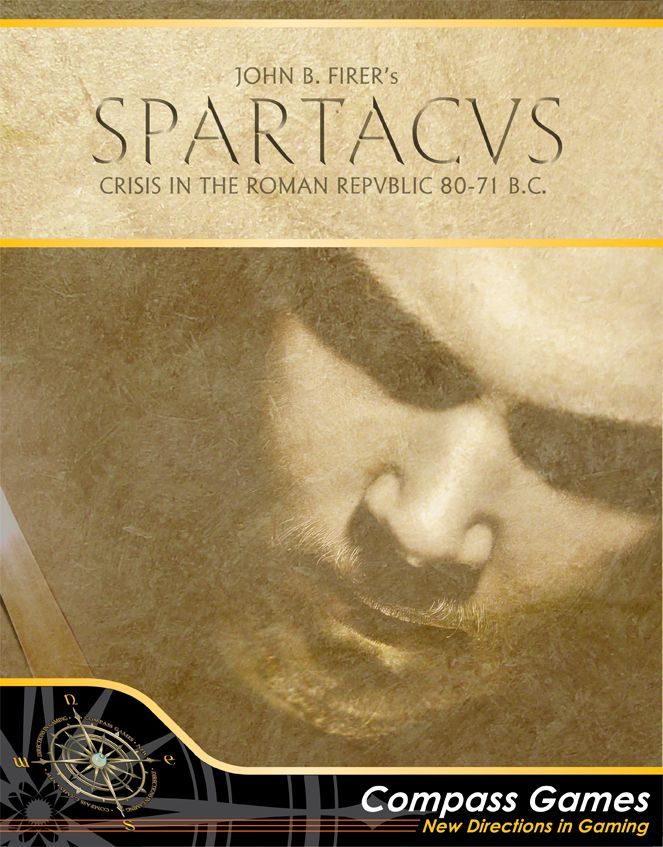 From the Publisher's website: Spartacus is a two player, card-driven, point-to-point simulation pitting a loose coalition of forces under Sertorius against the Roman Republic as restructured under Sulla and his lieutenants. As the Sertorian coalition, your objective is to force the Republic into collapse in order to rebuild it as it was before the Sullans changed the constitution. This is done through putting pressure on the Republic by territorial conquests, by exacerbating the tensions in the Republic, forcing it to utilize the services of new, potential Sullas to counter your armies in the field, or by taking Rome itself! As the Republic, you must defeat and neutralize Sertorius quickly, before he can conclude an alliance with Mithradates VI and cause a two-front war. However, the levying of too many troops to fight the enemy coupled with the utilization of ambitious generals can bring on the very circumstances you are trying to avoid, collapse of the Republic. In addition, care must be taken with Italy itself because in the background, civil war looms in the guise of Lepidus, and even worse, a slave revolt under the able gladiator-leader, Spartacus. Both sides can battle their adversaries using conventional forces, conduct guerrilla and pacification operations with the intention of denying your opponent control of strategic spaces and provinces, and attempt to hasten or delay the political collapse of the Republic. The central mechanism that influences all actions in the simulation is the Republican Crisis Track, which monitors the level of crisis in the Republic. All actions on the battlefield, the state of the empire, the strain of recruiting legions and utilizing ambitious generals, and the use of power politics, are ultimately reflected on the Crisis Track. The Sertorians hope to move the track towards heightened crisis while the Republic hopes to keep it well away from a political collapse. In the end, if the Republic manages to avoid collapse, it can still lose by having a strong, Sertorian presence on the board. Spartacus requires the player to successfully exercise many facets of military-political acumen in order to defeat his opponent while preserving the most precious asset of all, survival.