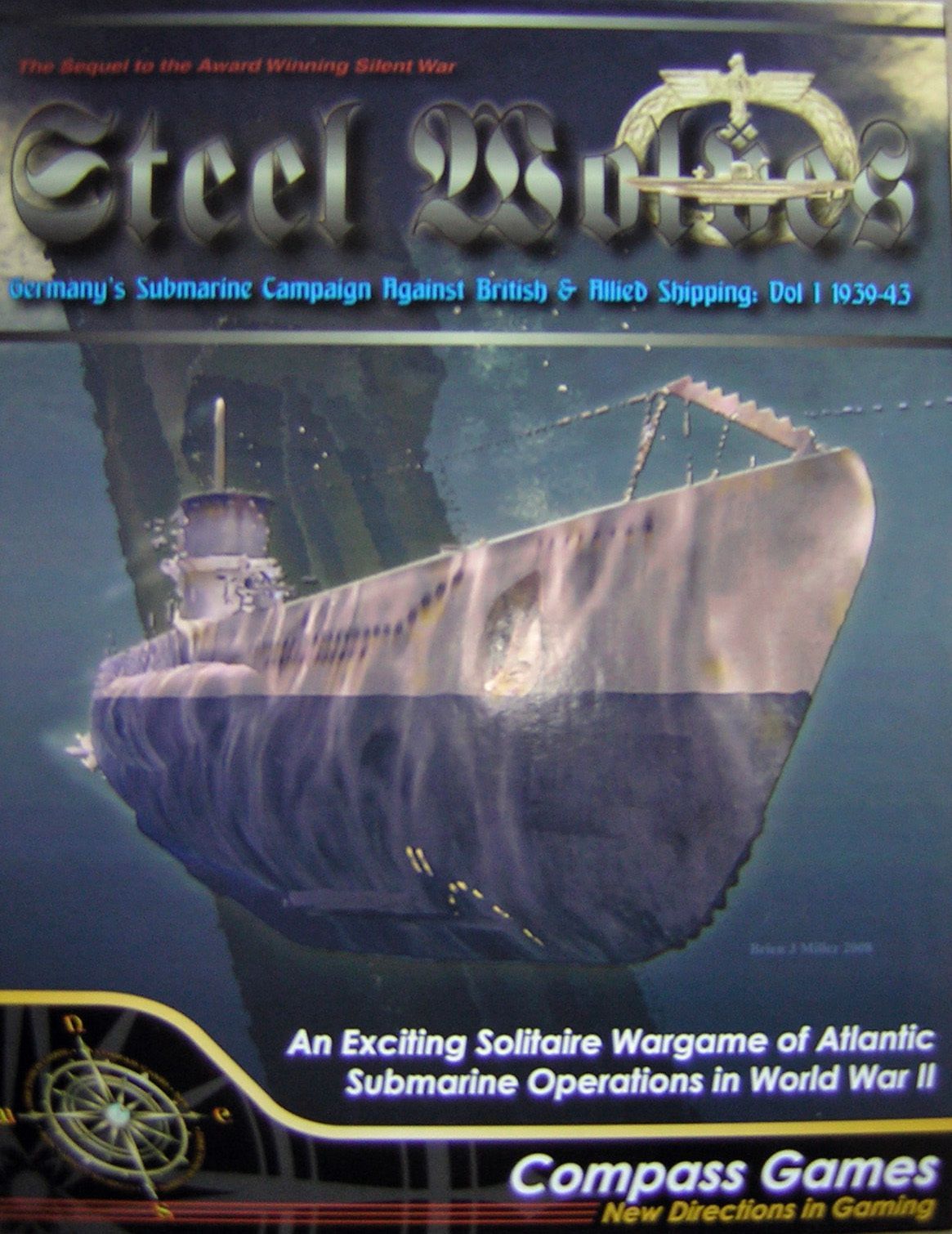 (from Compass Games website:) Steel Wolves is a solitaire simulation of the German submarine war against British and Allied shipping, the follow-on title to the award winning Silent War. Volume I covers the period from the start of the War in 1939 to the early months of 1943. You serve as BdU, Befehlshaber der U-Boote; the Supreme Commander of Uboats, Kriegsmarine. Your mission is to deploy your forces with maximum effect to destroy British and Allied shipping, while limiting your own submarine losses. Featured scenarios cover actions ranging from famous short single sub patrols, through short campaigns, ending with the full campaign covering 1939 to 1943. The game map breaks the Atlantic, Mediterranean, South Atlantic, and Western Indian Oceans into historical Operations Areas through which subs patrol in search of shipping. Special rules feature historical events such as the invasion of Norway and Torch; b-dienst, ULTRA, and the intelligence war; torpedo improvements, German wolfpack tactics, Super-Skippers, large vs. small U-boat philosophy, appeals to Berlin for resources, and many others. Every German sub deployed between 1939 and 1943 (as well as some what-if classes) is represented with its very own counter, each meticulously and accurately drawn and shown from their side in full-color. Players familiar with Silent War will find Steel Wolves takes the system to new depths, while those trying it for the first time will be able to quickly get into action!