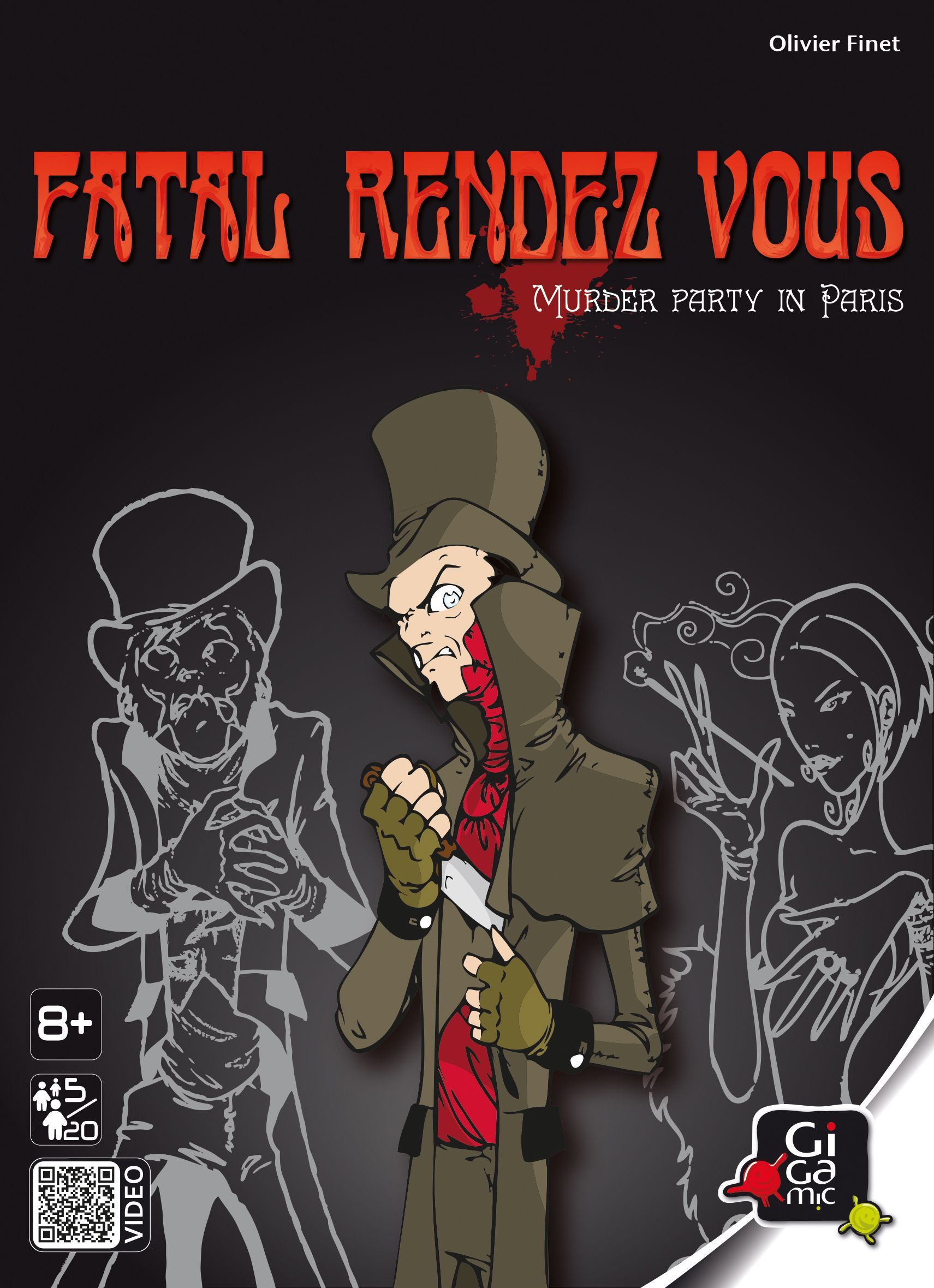 Guests arrive at a mansion for what they hope will be a relaxing weekend, but alas the calm of Friday night is broken when a cry of fright rings out. The guests wake up and gather only to be horrified with the discovery of the lifeless body of one of them. Who could have killed him? And more importantly, who will be the next victim? Fatal Rendez Vous plays a bit like Werewolf, with most players belonging to one group while one or more of them secretly work against the group. Each player receives a role card at the start of play. Each night in the game, while everyone has their eyes closed, one of the secret assassins taps another player on the shoulder; this player counts to ten, then dies. Day comes, and everyone runs around in a tizzy — specifically turning in circles three times — during which time the other assassin winks at someone, killing that person as well. The guests handcuff two players during the day, and those two players take no actions for the next day. This pattern continues until three days pass. If the assassins have been handcuffed together during the weekend, then the other guests win, having captured the evildoers; if not, however, the assassins claim the victory. Fatal Rendez Vous includes special role cards that mix up play, for example, with a player who becomes a vampire after death, taking out the assassin and murdering people on his own. Another player might have a weak heart and perish after only five seconds, giving the assassin less time to find cover. From TricTrac: Le Défifoo Noir (subtitled Friday the 13th at the Castle) is a game inspired by Cluedo and Agatha Christie’s 12 Little Indians and is another game in the lineage of Werewolf. It is designed by Olivier Finet, principal designer at Défifoo SA. The game can accommodate 5 to 20 players and play time is estimated at 30 minutes. Players are given a special role representing either an innocent guest at the castle or a sinister murderer. The players are invited to investigate the murders and hopefully throw the right suspect(s) in prison. In this game however, people are free to move around during the day phases and interact freely with one another, thereby using all of their senses to nab their victims/assailants. These negotiation phases however are timed and last only 3 minutes. Making things harder on the poor guests, the murders happen both at night and during the day over a maximum of 5 turns. The game components include the role cards, a pair of handcuffs (for the culprits), a timer and a bowtie for the Castle’s host (game overseer).