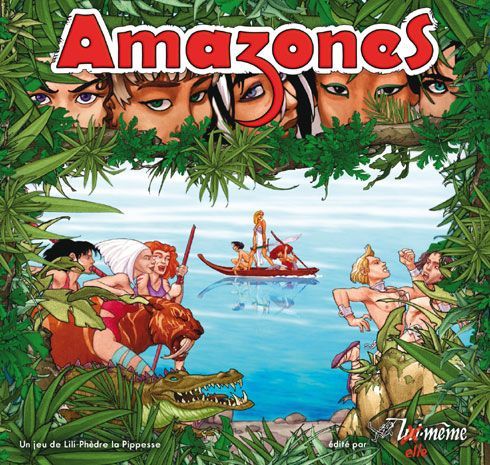 Amazones is a bidding game for 3-5 players, designed by Lili-Phèdre la Pipesse. Players take on the role of amazons attempting to recruit the most attractive men by bidding on human body parts (head, upper body, lower body). Whoever has the most attractive men in their harem wins the game. Illustrations are by Cruela Brisfon and the game was to be published by Editions Lui-Même sometime in mid-February 2006. Online Play BoÃ®te Ã  jeux (turn-based)