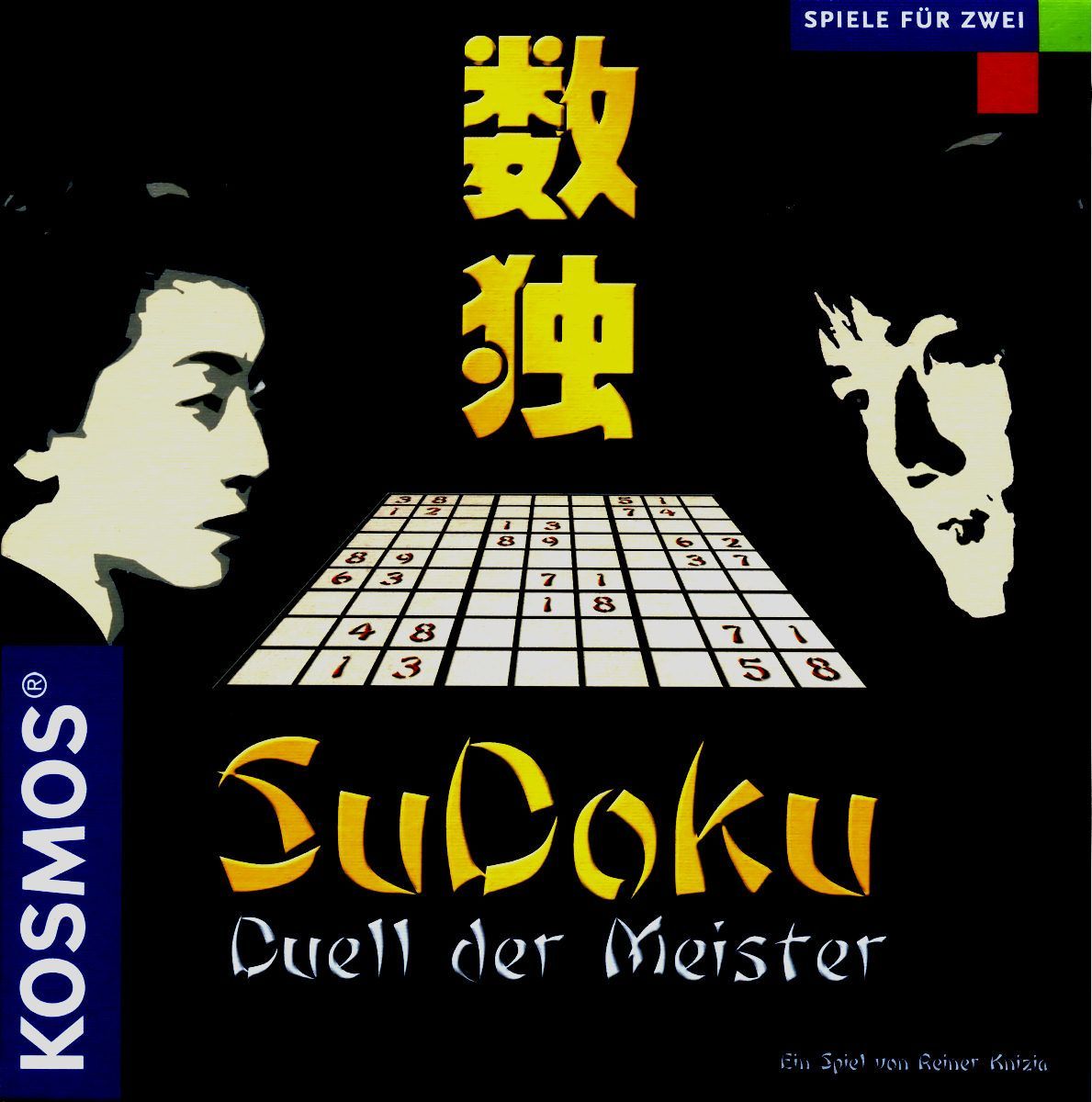 Here is a description of the game from Kosmos: The board is the standard 9x9 grid split into 3x3 blocks. Each player gets 12 scoring markers and 36 number tiles in his colour. These he mixes up face-down. Nine golden numbers are placed onto the board so that there's a single number in each 3x3 block. Players take turns revealing one of their numbers and adding it to the board (following the rules of Sudoku). As soon as a player has a majority in a row, column or block, he places one of his scoring markers onto the matching scoring spot along the edge of the board. In the event of a tie, the player with the highest number sum gets to place the marker. The goal of the game is to be the first one to claim 12 majorities. Sudoku - Duell der Meister is part of the Kosmos two-player series.