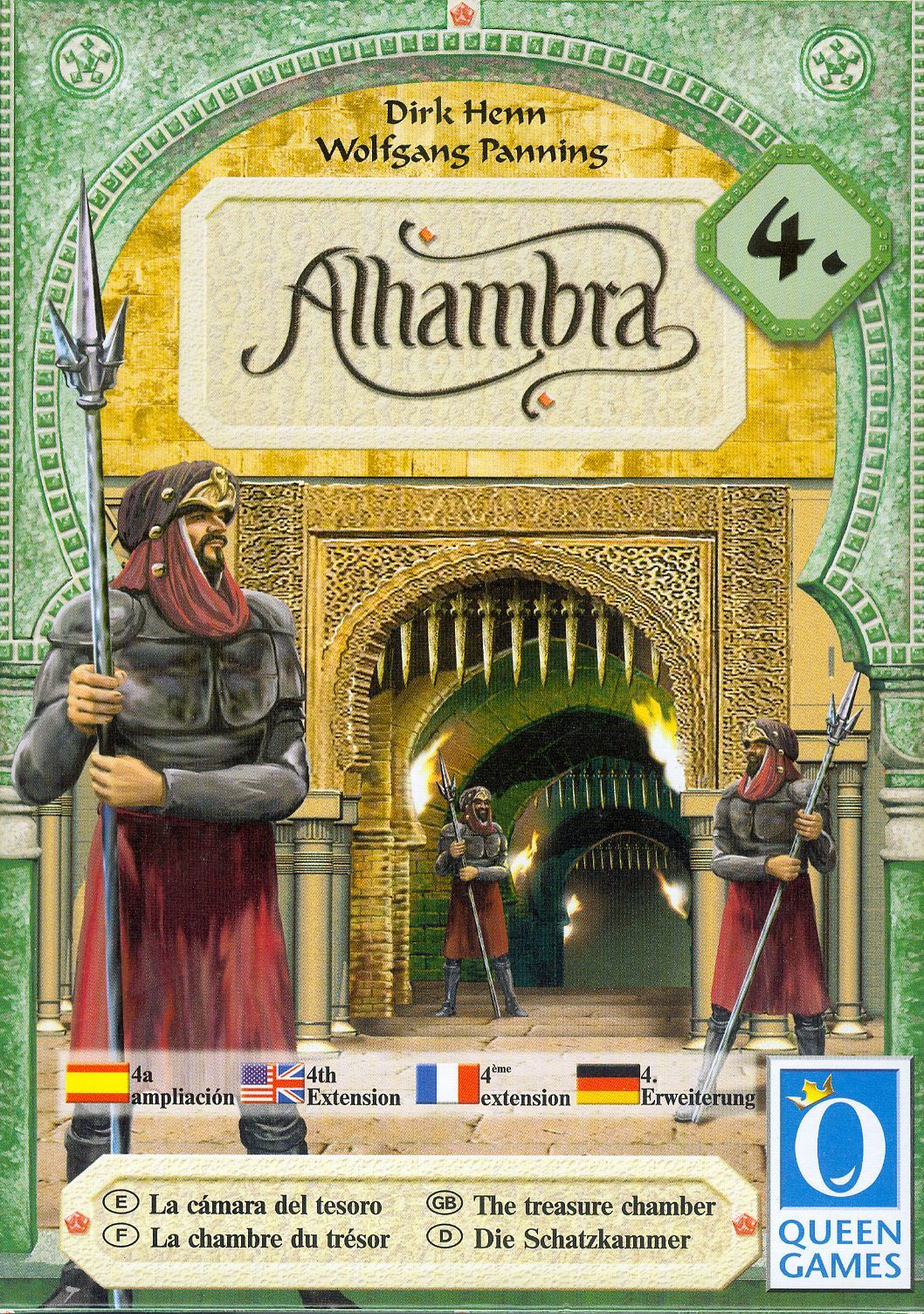 Description from www.spieltest.at: The fourth Alhambra expansion stays true to the modular nature of the previous ones. So buying this expansion actually gets you four small expansions that can be combined with each other (as well as with those from previous expansions). The new modules taken separately: The Treasure Chamber Filled to the brim with treasure that must be brought to safety. The treasure chests are worth points for being brought to buildings that match their color. The Architect Cards These have a double function. They allow an additional remodeling of your Alhambra, but can also be used as money cards. The Bazaars These add a new building type to the game. When built to their best use, they can bring up to 24 extra victory points. The points are gained by having buildings of matching colors built next to them. The Attackers The palace is being attacked. Lookouts keep a close watch for the attackers to try and figure out which direction the attack is coming from. This allows the player to build protective walls in that direction. Otherwise, they will lose points during the final scoring. Expands: Alhambra