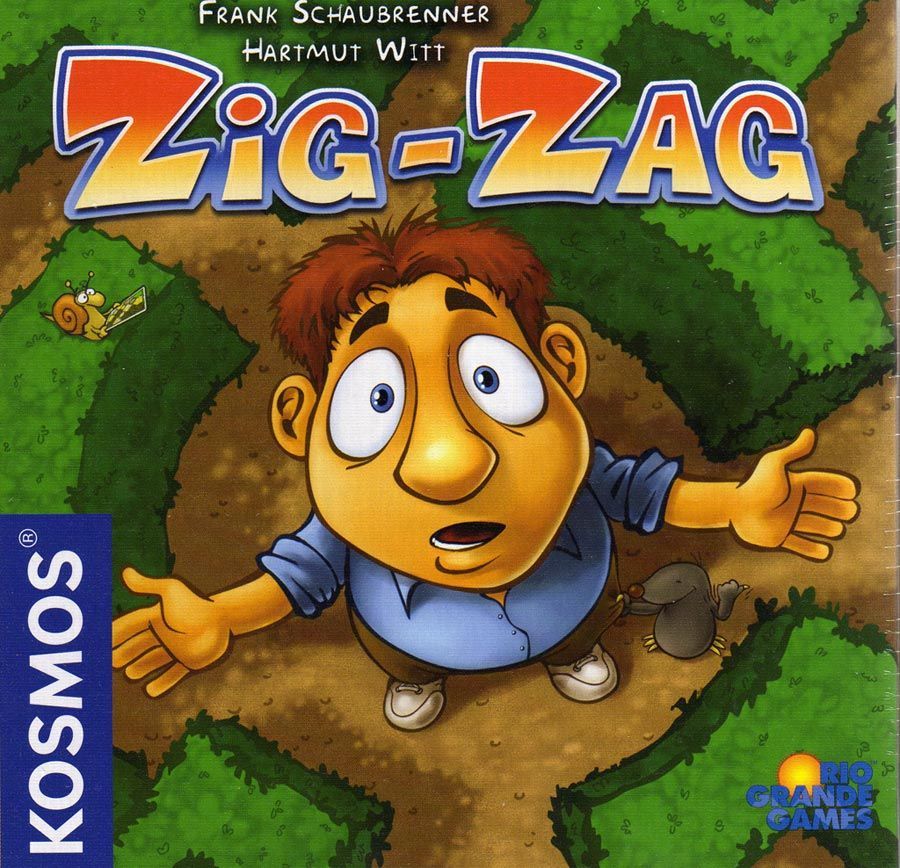 Hartmut Witt always has original game concepts, and he, along with Frank Schaubrenner, has created a fast-paced grab- and collecting-game that will thrill even expert speed-type game players. Rather unusual landscape types need to be crossed in this game: Clay flats, fields, hot sand, green lawns, water and cobblestones, even some rare blue-white or beige tiles. These landscapes are found on 28 large landscape cards, each of which again is made up of 18 landscape spaces, arranged in random fashion. The landscape cards get mixed up and distributed among the players (7 each with 3p and 4p, 8 with 2p - the rest go back in the box). Now, each player gets to set two particularly difficult cards aside and places the rest on the table to form a race circuit (the narrow sides of the cards are joined together). Thus, a different track with different challenges is created for each player. A goal card marks the goal for each player. Before the game can begin, 48 small cards are placed in the middle of the table as a face-down, spread out pile. Each card shows one of the landscape types mentioned above. As soon as the game starts, all players wildly grab through the pile of cards on the table. Cards, once revealed, are left face-up if they're not of immediate use. Cards that a player wants to keep are taken in hand. The order of the cards being collected, though, cannot be altered in any way. The collection phase ends when there's only face-up cards left on the table and a player calls "stop" because he thinks he has enough cards. Now, the players will see how far they get along their track with the cards they collected. The player who called "stop" starts. He turns the first card he collected over. If it's sand, for example, he puts his marker on a sand space at the start of his course. Thereafter, each subsequent card must show a landscape type that is next to the one his marker is on (either sideways, forwards or diagonally forwards) for him to move forwards. As soon as a card comes up that doesn't allow him to move his marker, his turn is over. Collected cards that are left over are put back into the middle of the table (face-down), and the figure stays where it managed to get to. Each player in turn order then does the same, moving their figure and returning leftover cards. Continue in this manner, round after round, until one player reaches the goal, ending the game. That player is of course the winner. Description of the game from Kosmos.