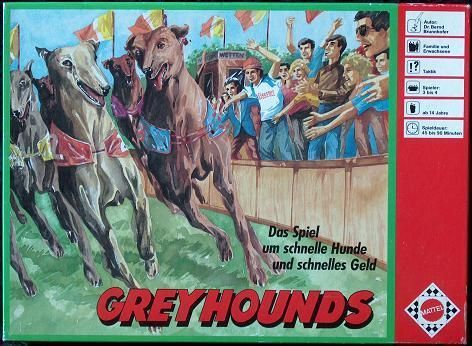 Players place secret bets and then race their greyhounds in a series of three races, each one longer than the previous one. Players have sets of number cards from which one is selected and simultaneously revealed each turn. Only the greyhound with the highest number showing will move, advancing a number of spaces equal to the difference between the highest numbered card and the second highest. The player with the most money after three races wins.