No Prisoners: The Campaigns of Lawrence of Arabia, 1915-1918 - Universal Statistics 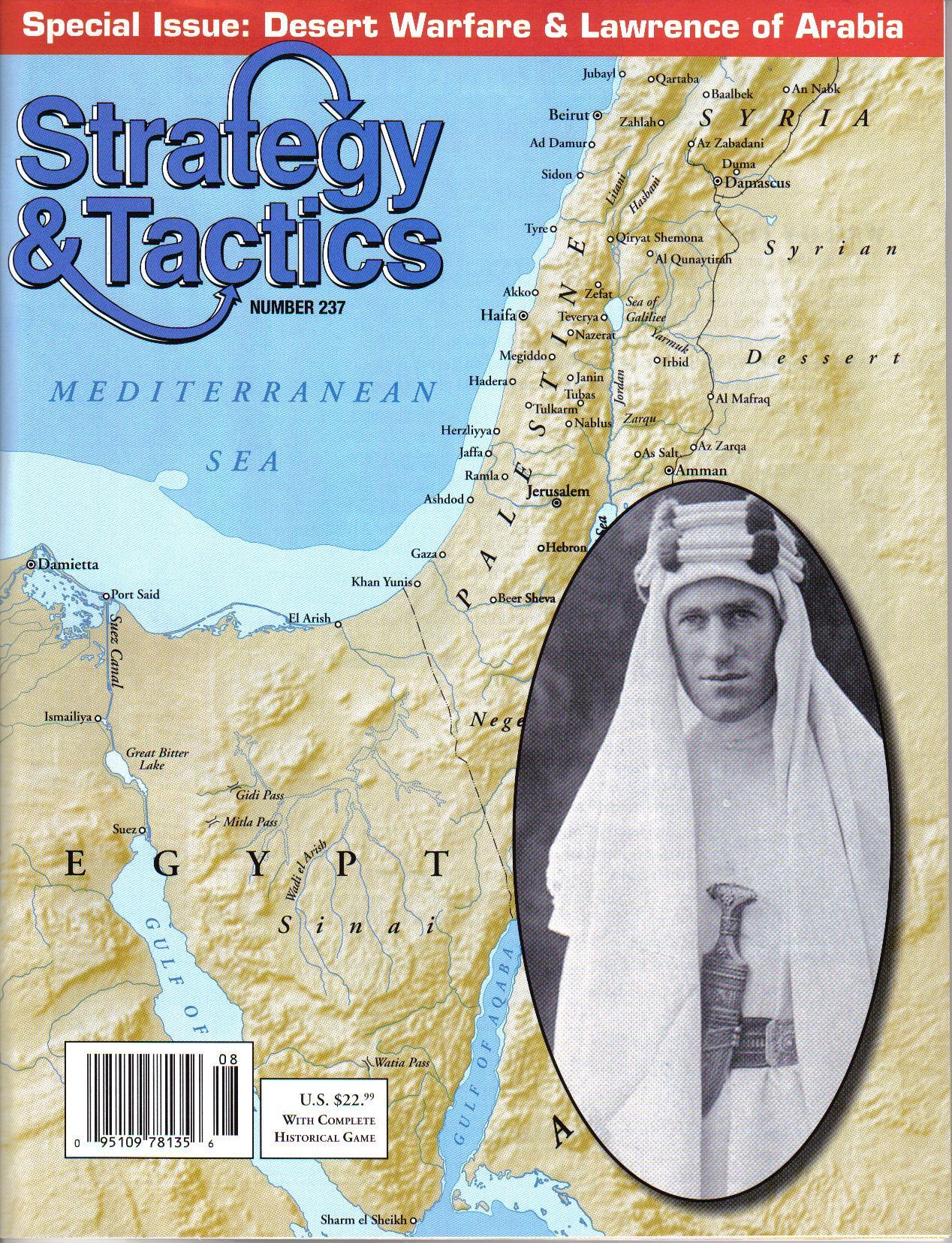 No Prisoners is a wargame covering the Suez-Palestine-Arabian Theater of Operations during World War I. That theater saw two major campaigns: one in which the forces of the British Empire contested control of the vital Suez Canal and Jerusalem regions with the Ottoman Turks and their German allies; and the Arab Revolt, in which Thomas E. Lawrence ("Lawrence of Arabia") took a leading role. Both campaigns featured several of the major mobile actions of the Great War. At stake was nothing less than control of the entire Middle East. The game has two players: the Allies (British and Arab Rebels) and Central Powers (Ottoman Turks and Germans). Players move and attack with their units in their own discrete turns. The objective is to capture critical cities and thereby win the war in this theater. The game map is divided into two theaters, the Western and Eastern, in which separate campaigns are conducted. No Prisoners also includes an optional alternative command system, in which both players control opposing British and Central Powers units in the two map sectors, in the same manner as in old-SPI's classic Battle for Germany game. In that option, the two maps' Allied forces race against each other for victory. Each hexagon on the map equals 12.4 miles (20 kilometers) across, and each game turn represents three months of operations. The units of maneuver for both sides are primarily regiments, brigades and divisions. There are 176 large-size (5/8") NATO-style (and some iconic) unit-counters in the game.