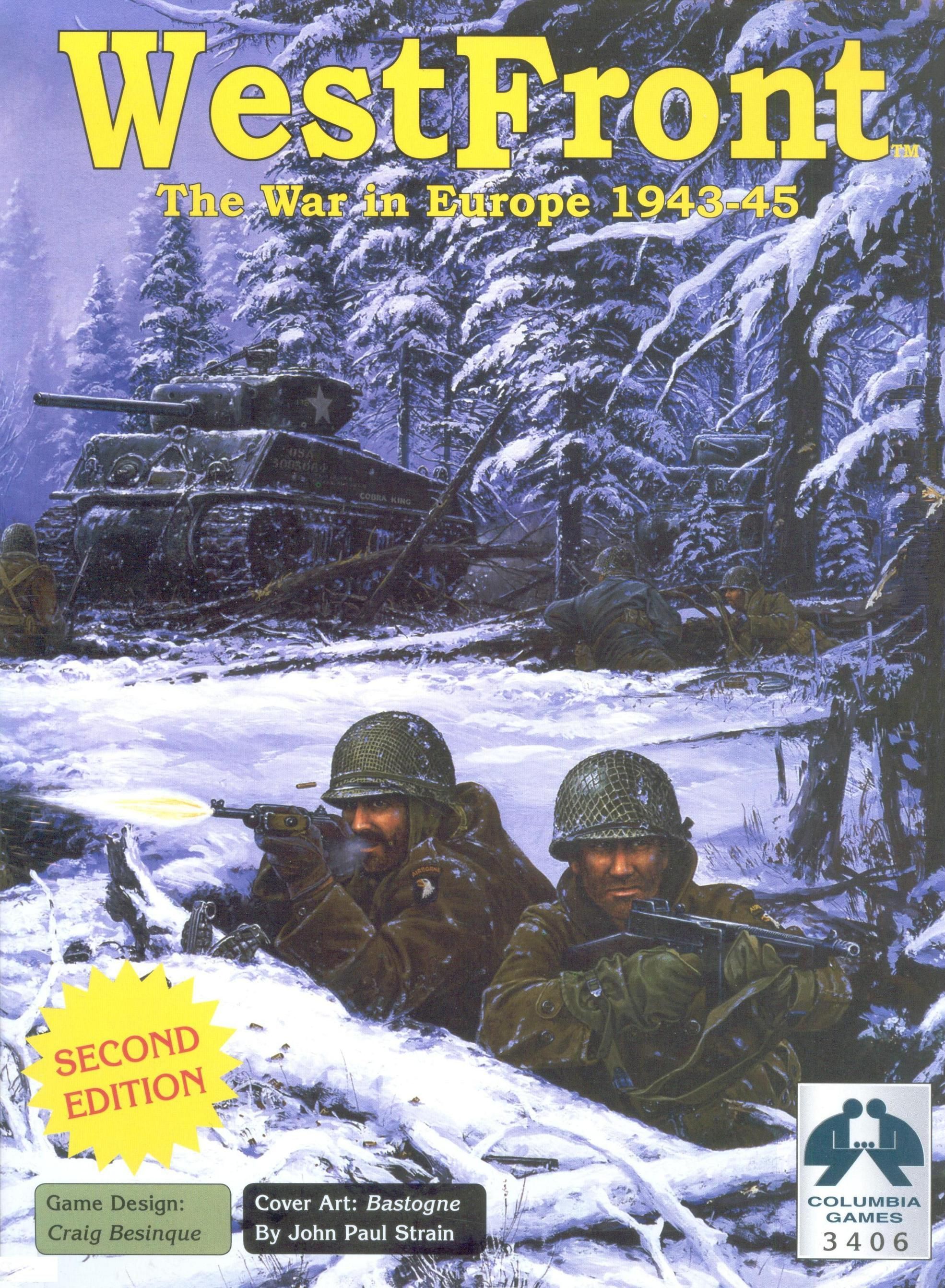 Westfront II is the second edition of WestFront. It details the conflict between Germany and the Western allies during WWII. Players have to contend with production, supply, command control and weather to try and break the other sides' lines. Individual, linkable 6-month scenarios cover the war from June 1943 through May 1945. This title uses Columbia Games Block system,wooden blocks that stand upright with unit details only shown on one side, and rotate to take step reductions in strength. This provides a "fog of war" WestFront II is part of a re-release of the entire EuroFront series. The new series consists of EastFront II, WestFront II, and EuroFront II. WestFront II includes two maps: each 22" x 34" for a 44" x 34" playing area. The map area spans all of western Europe from Spain to Norway. All of the original WestFront scenarios are included