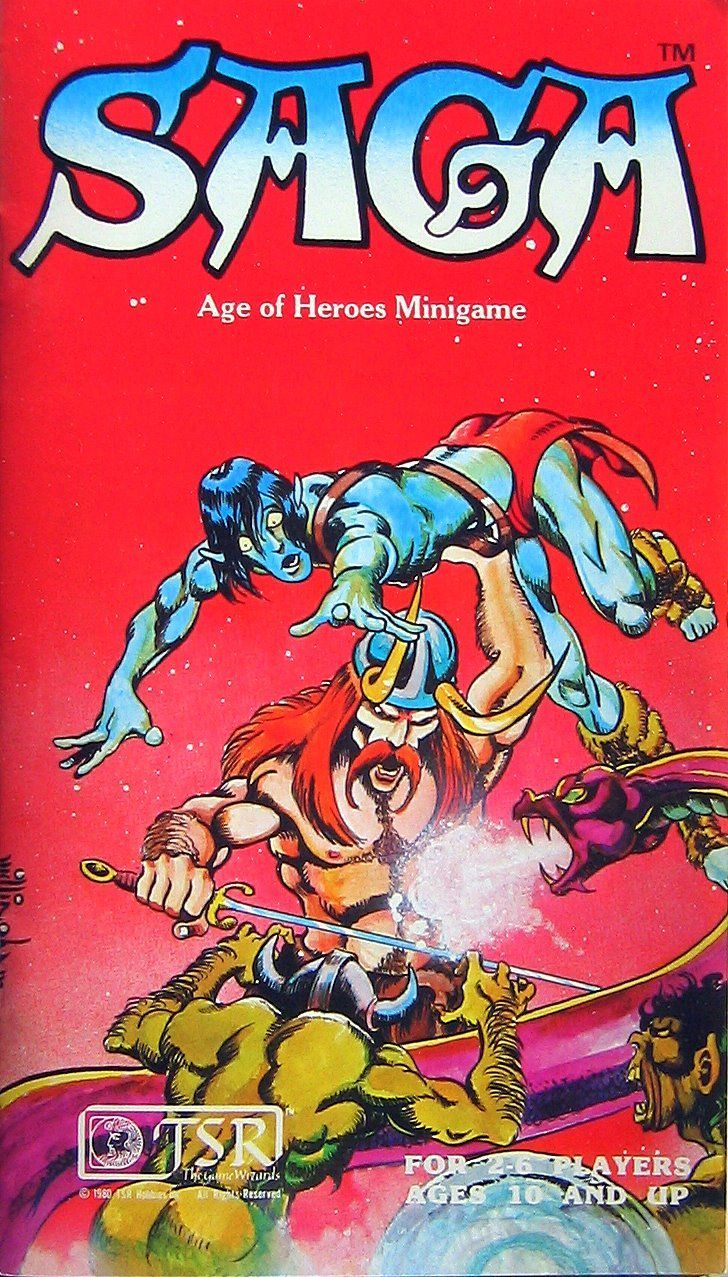 Part of TSR's minigame series. From the rulebook... "Saga minigame recreates a mythical time period occuring sometime after the fall of Rome - the age of heroes and vikings! Each player takes a heroic figure and attempts to perform deeds that will generate enough glory to ensure that the hero's memory will live in the sagas composed after his or her death. To gain glory, the heros slay monsters, accumulate treasure hoards, recruit lesser heros ("jarls", or earls) as their companions, and establish kingdoms. The hero who gains the most glory is the one whose fame will live on in the sagas, while the others are doomed to be forgotten by posterity. Each player must be decisive and alert to grasp chances and avoid having other heroes gain glory at his or her expense."