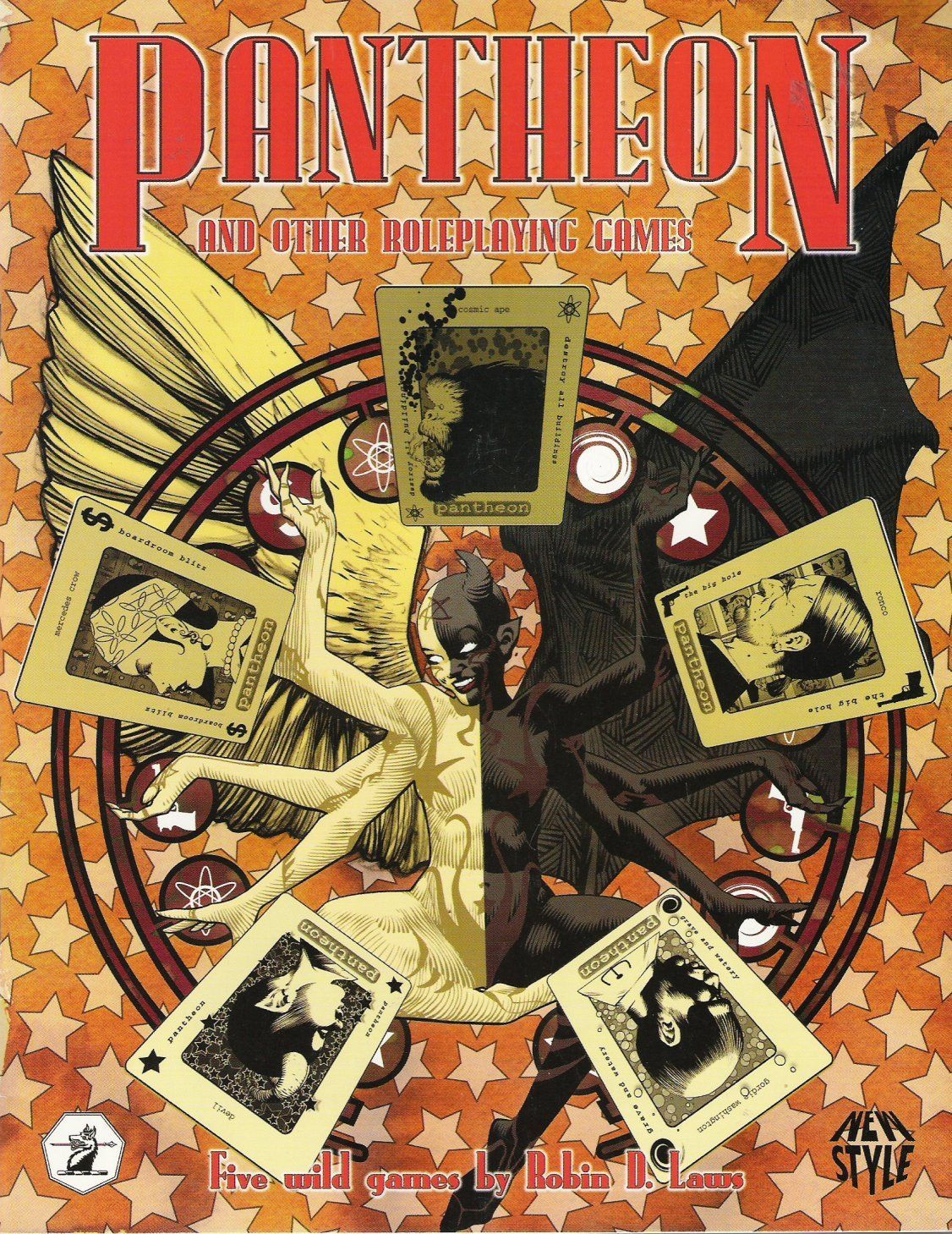 Although labeled as roleplaying game Pantheon and Other Roleplaying Games does not have much to do with traditional concepts of roleplaying. Players compete using their storytelling abilities to work through the plot, gain points by telling a genre-appropriate story and game uses bidding mechanic that pits players against each other. Following originally from publishers website: "Pantheon, puts five complete, ready-to-play RPGs in one 24-page book – all of them written by star author Robin D. Laws! Pantheon uses a unique dice-and-counter story-telling system (the ‘Narrative Cage-Match’) to power its five games, including the action-horror 'Grave And Watery'; giant monsters smashing Tokyo in 'Destroy All Buildings'; and Pantheon itself where you play gods creating (or destroying) the entire universe. There’s something here for all gamers. The game also has a stunning cover and terrific interior art from Frazer Irving."