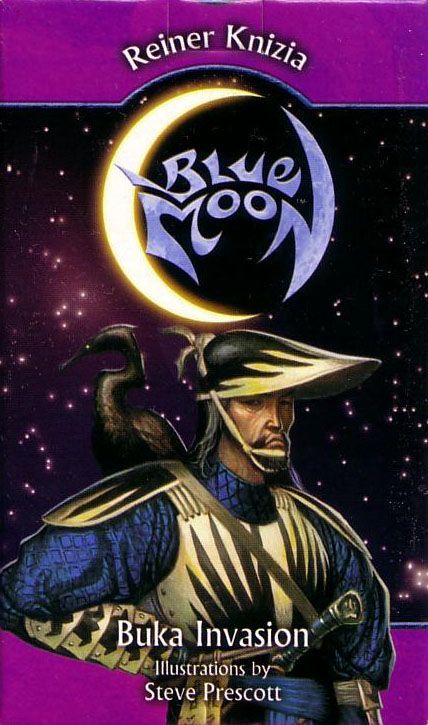 Blue Moon: Buka Invasion is a Peoples expansion for Reiner Knizia's Blue Moon. The deck includes 31 new cards and is playable right out of the box against any other Blue Moon deck. They can be combined with other decks or cards by using the advanced deck building rules. The devious pirates of the Buka invade the world of Blue Moon. Many cards can be loaded upon their ships to raid the opponent with unexpected force. And with the new "Bluff"-symbol a complete new concept enters the world of Blue Moon.