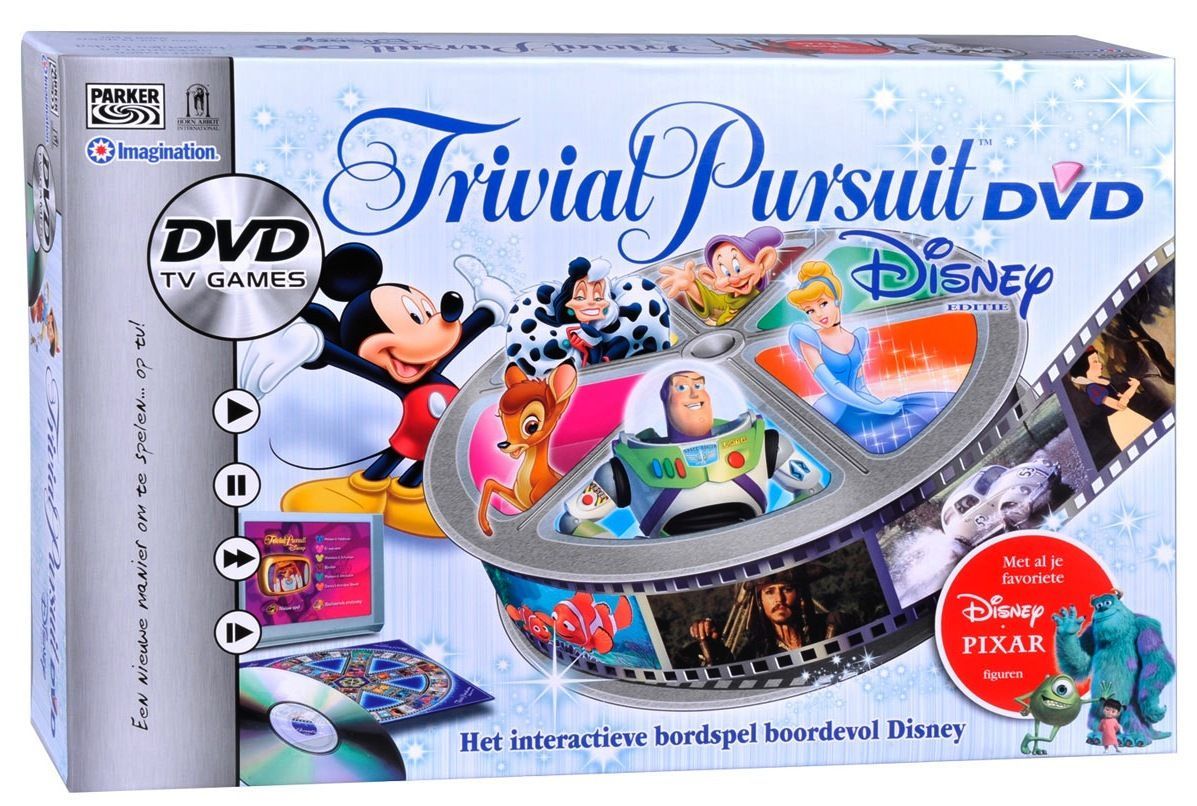 Played on a standard Trivial Pursuit board, but replacing the categories with Heroes & Heroines, Once Upon a Time, Monsters & Villains, Supporting Stars, Places & Props, and Wonderful World of Disney. This game includes both 300 question cards / 1800 questions for the 'regular' spaces and a DVD with video / audio clip questions for the 'pie/wedge/cheese' spaces. It covers traditional Disney animation from Snow White up to the present day, Pixar productions like Monsters Inc. and Toy Story, and live-action films such as Bedknobs and Broomsticks, Herbie, and Pirates of the Carribean. Also includes an additional die suggested for use with children to speed up gameplay, allowing bonus moves, two guesses, win a wedge on a non-wedge space, and similar.