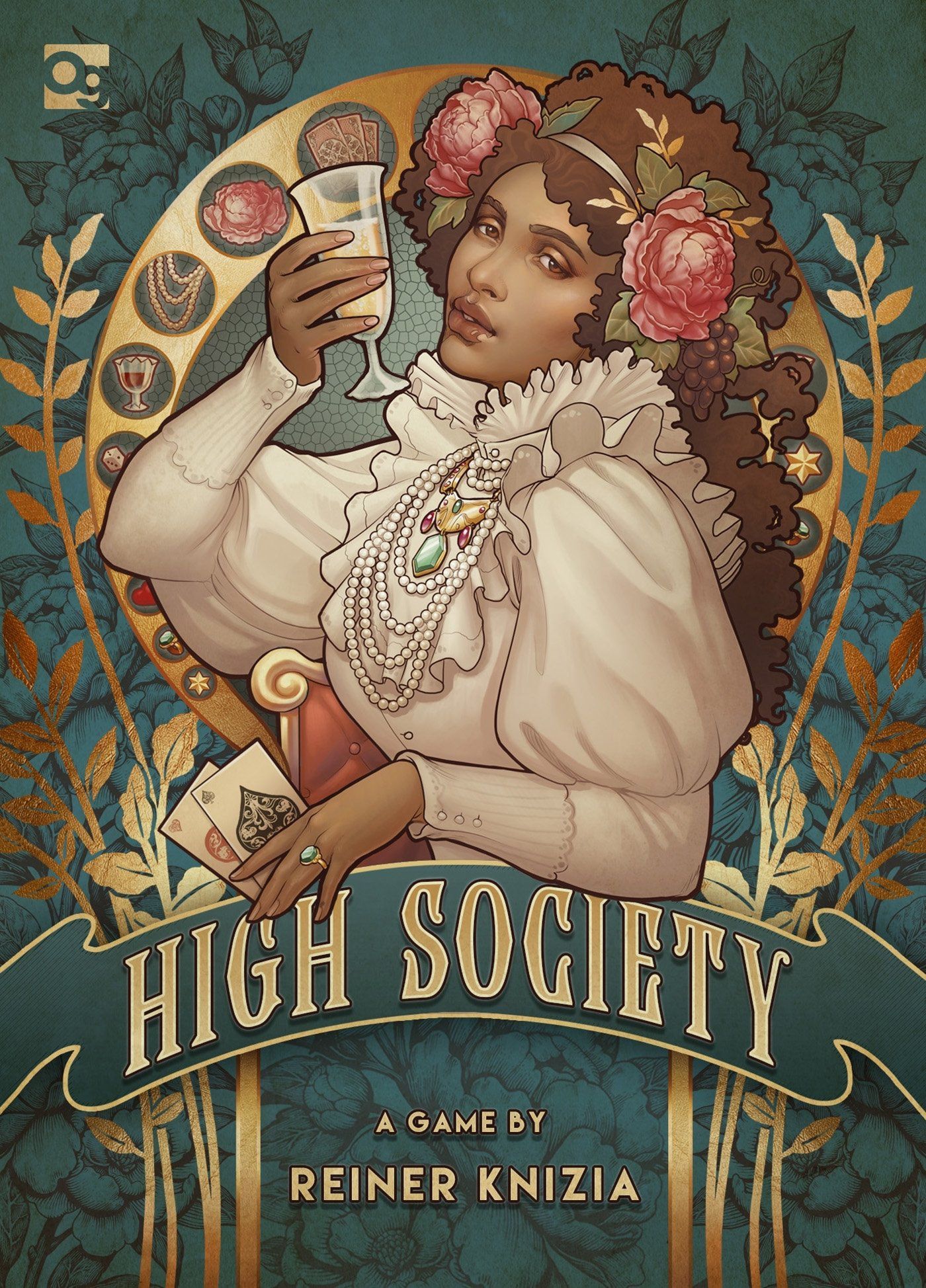 In Reiner Knizia's High Society, players bid against each other to acquire the various trappings of wealth (positive-number and multiplier cards) while avoiding its pitfalls (negative number and divisor cards). While bidding, though, keep an eye on your remaining cash - at the end of the game, even though all those positive-number cards might add up to a win, the player with the least money isn't even considered for victory. In 2003 re-published by Ãœberplay. In 2003 published with a new theme by Amigo as Einfach Tierisch. In 2006, published by University Games as Animalement Vôtre (French version) and Beestenveiling (Dutch version). In 2008, re-published by Eagle-Gryphon Games In 2018, re-published by Osprey Games