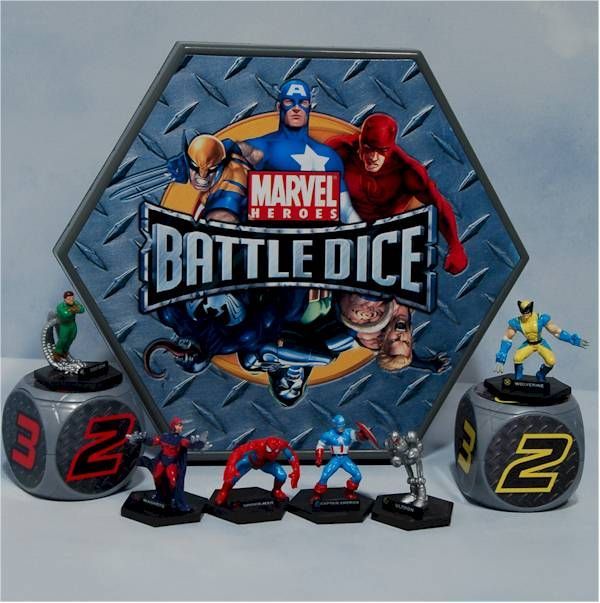 From the Instruction Manual: The Marvel Heroes Battle Dice game recreates the epic battles of the heroes and villains in the Marvel comic domain. With this starter set, you and a friend get everything needed to play the Battle Dice basic game, including figures, battle dice, battle mats and these rules. * * In Marvel Heroes Battle Dice, you and your opponent place your Marvel figures in your battle dice to fight each other in epic battles. Every time you win a fight, you capture your opponent's figure. Once you capture all of your opponent's figures (your foes), you win!