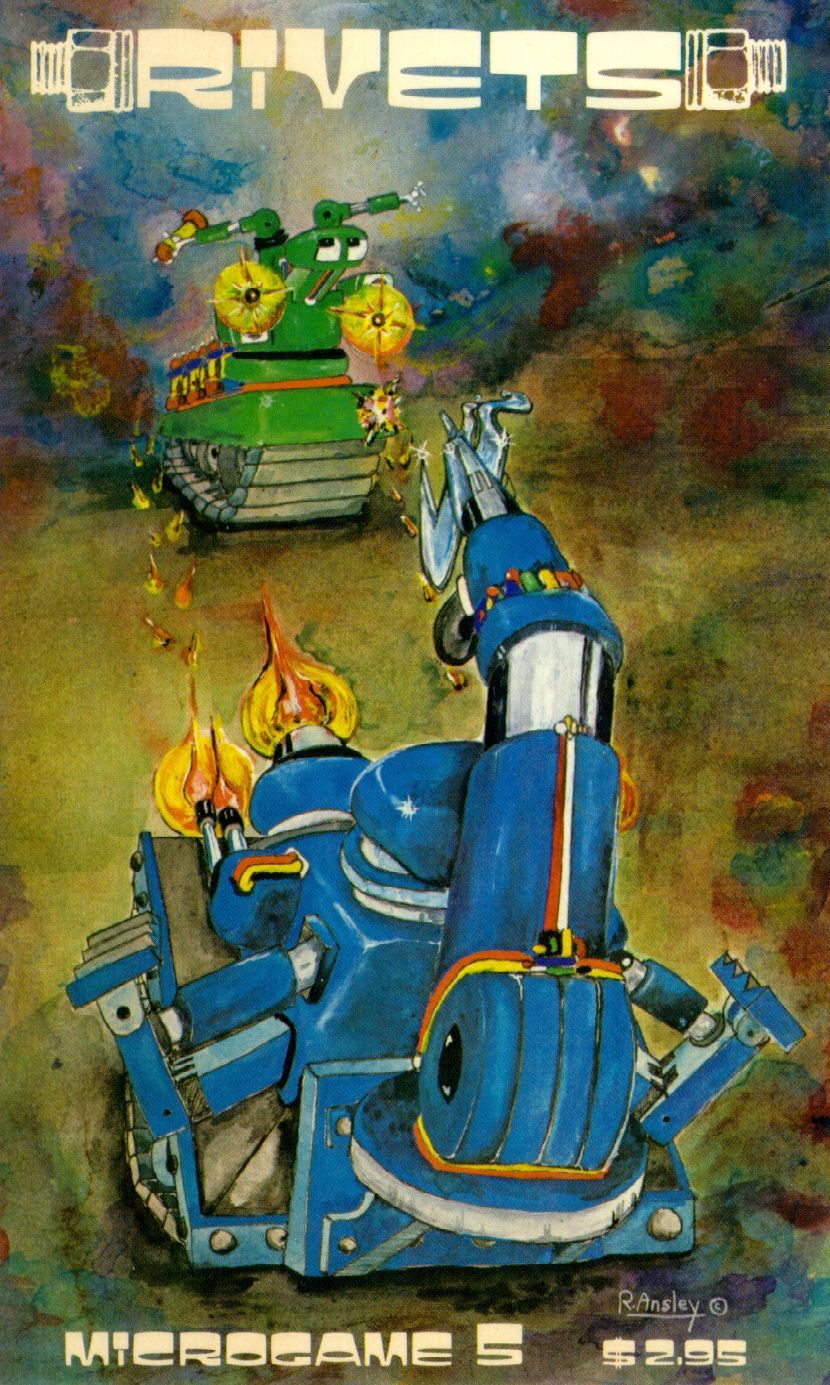 Microgame #5 in the Metagaming Microgames series. From the rulebook... "The Boppers were robotic war machines. When the war ended and everyone was dead, the Boppers kept on fighting. But what else could you expect from robots with an average intelligence of an electric can opener? Rivets is a tactical level science fiction game of robotical warfare in the 22nd century. The players choose their robot armies, program them, and maneuver them to destroy the computer complex that controls the enemy's robots. Game components include this rulebook, an 8 1/4" by 14' game map, and 118 counters"