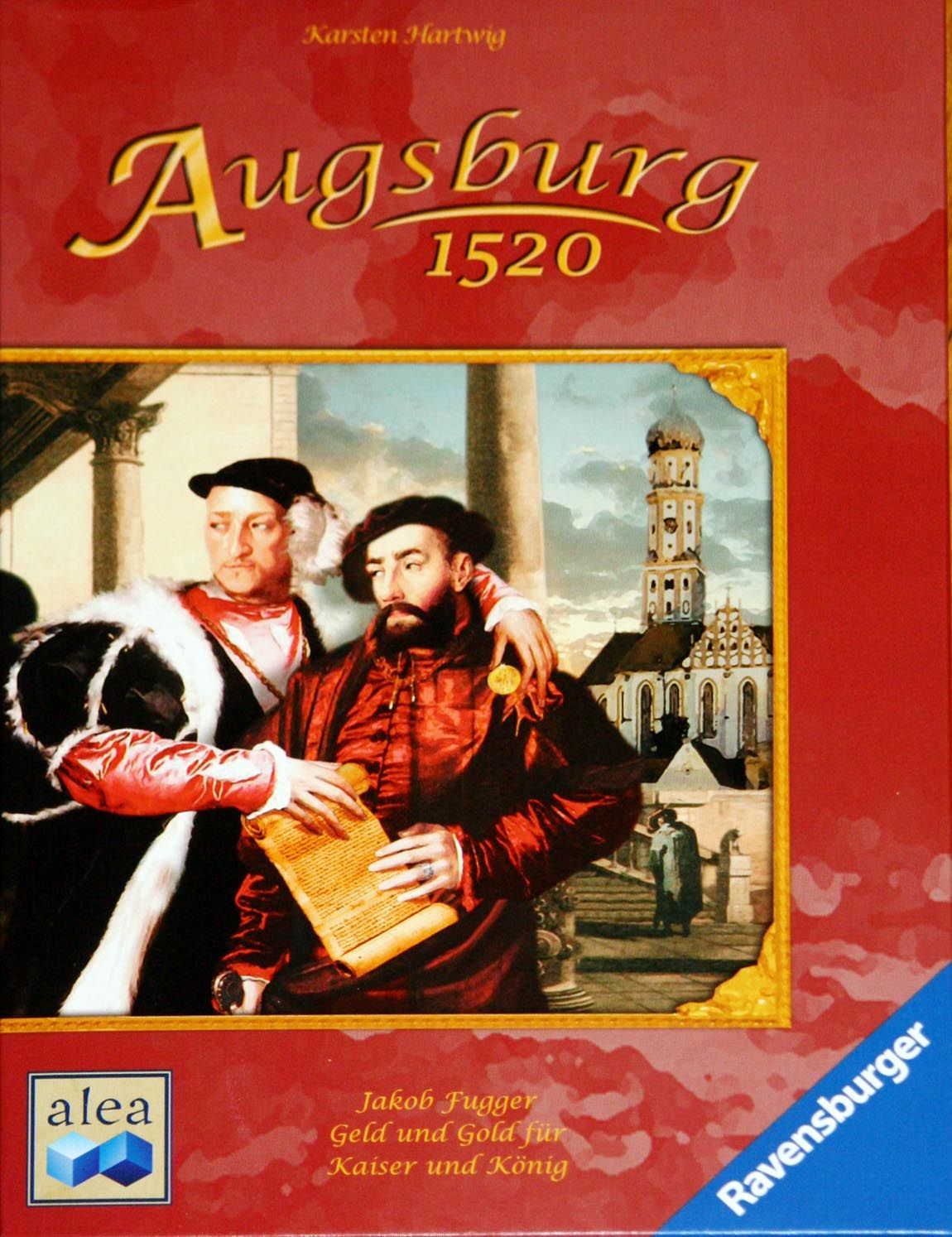 From Alea: The game is about Jakob Fugger, who was probably the wealthiest man of his time. “Jakob the Rich,” as he was named in his time, owned so much money that he loaned money to a host of counts and kings. Often, they were not able to repay him in cash, so they awarded him special privileges, such as trade rights and offices. 2 to 5 players ages 12 and up assume the role of the merchants from Augsburg and try to get what they can -- by means of auctions -- from the nobility, thus increasing their wealth and particularly their social status. The game play uses a simple bidding mechanism. Each round, players offer cards of varying values in a series of five auctions. Once a bid is made, players either raise the bid, call, or drop. The winning player may choose from a set of possible actions that increase abilities (and more importantly, points). After a number of rounds (dependent on the number of players), scores are tallied. It's that simple. This is a game by Karsten Hartwig, whose other game “Chinatown” was already published by Alea. Game length varies -- depending on the number of players -- between 25 to 90 minutes. The difficulty level is a 4 on the Alea 1-10 scale (the same as Ra). Besides the players’ tableaus and a game board, there are 90 game cards and various game chits. This game is #3 in the Alea medium box series.