1914: Twilight in the East - Universal Statistics 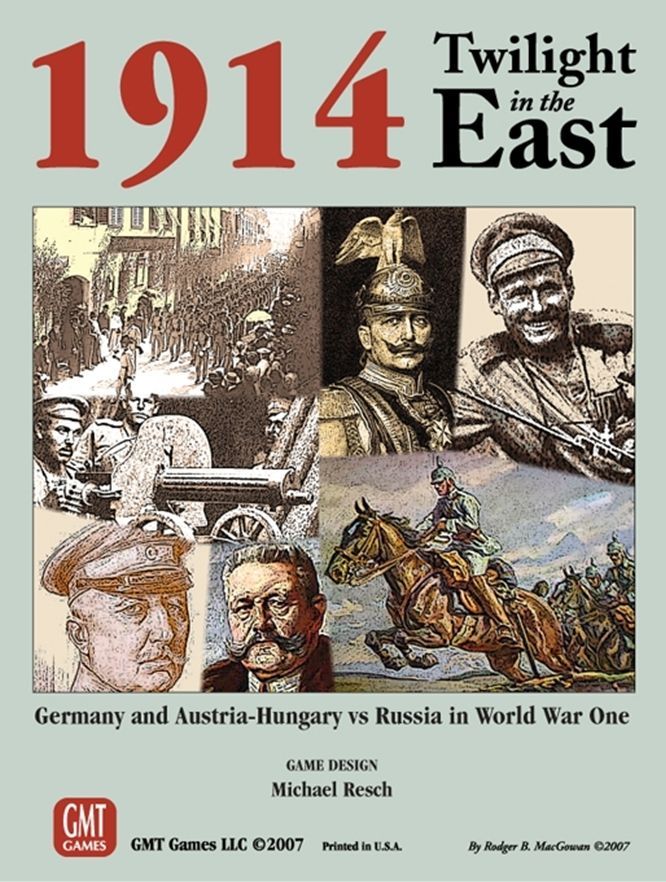 (From the GMT website:) Twilight in the East: The Eastern Front, 1914 models the battles that took place in Poland and Galicia during the first year of World War One. Beginning with the Russian invasions of Prussia and Galicia in August and ending after the Battle of Lodz in December, it recreates the ebb and flow of the huge forces sent marching across the Eastern Front in 1914. The game features an innovative combat system which takes into account the magnitude of the forces involved in each individual combat and various factors such as amount and type of artillery present, flank attacks, and fieldworks, among other things. It also features a fluid Movement, Counter-Movement, Forced March movement system and Combat Effectiveness Level tracking system that requires formations to periodically rest and recuperate. All the scenarios except the introductory scenario allow both sides to be simultaneously on the offensive and defensive on different parts of the battlefield. Additionally, armies that were on the offensive one game turn can quickly find themselves on the defensive a game turn later. The game includes five scenarios: First Battle of the Masurian Lakes, Lublin, Battle for Galicia, Tannenberg Campaign and the Grand Campaign game.