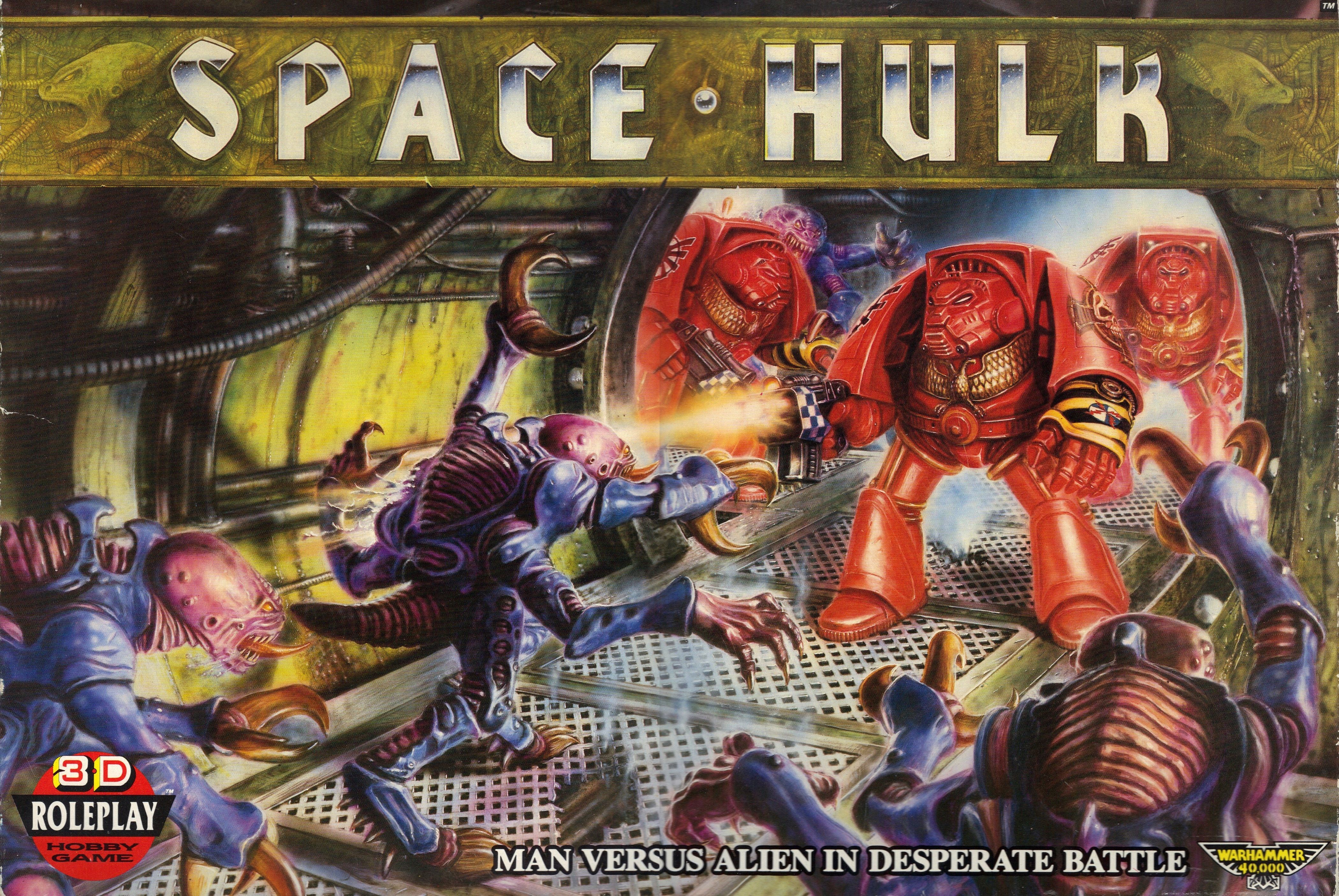 Space Hulk is a light miniatures wargame set in the Warhammer 40K universe. It has a relatively simple rule-set (compared to Warhammer 40K itself) and is known for its fast play and immersive theme (think the movie Aliens). You lay out corridors and rooms that represent a space hulk, a large disabled ship floating in space. The Space Marines wear powerful space battle suits and carry heavy weaponry. The Genestealers (reminiscent of the alien in Alien) are naked, except for their quick movement, multiple clawed arms capable of ripping through Terminator armor and their seemingly endless numbers. Each game is played as a scenario. The Space Marines win by completing a certain goal, such as retrieving an artifact and escaping alive. The Genestealers win by stopping the Space Marines from achieving their goal, usually by killing them all. A unique mechanism is that the Genestealers have no time limit for their turn, but the Space Marines have a 3 minute time limit, and less if a sergeant is killed. This simulates the fact that Genestealers move so much quicker and adds a lot of tension to the game for the Marine player. The miniatures are excellent although you do have to paint them yourselves and the modular board is very well done. The Deathwing Expansion adds new personnel, weapons, rules for multilevel hulks, new missions and a mission generator along with some complexity. The Genestealer Expansion adds new marines, weapons, Genestealer Hybrids who can use weapons and new missions. There are also rules for psychic powers. There was also the Space Hulk Campaign Book that can be linked for longer games. This book also added rules for traitor Marines and new weapons. Even with all rules in place the game does not get too complicated and is a very good introduction to Warhammer 40K. Re-implemented by: Space Hulk (2nd Edition) Space Hulk (3rd Edition)