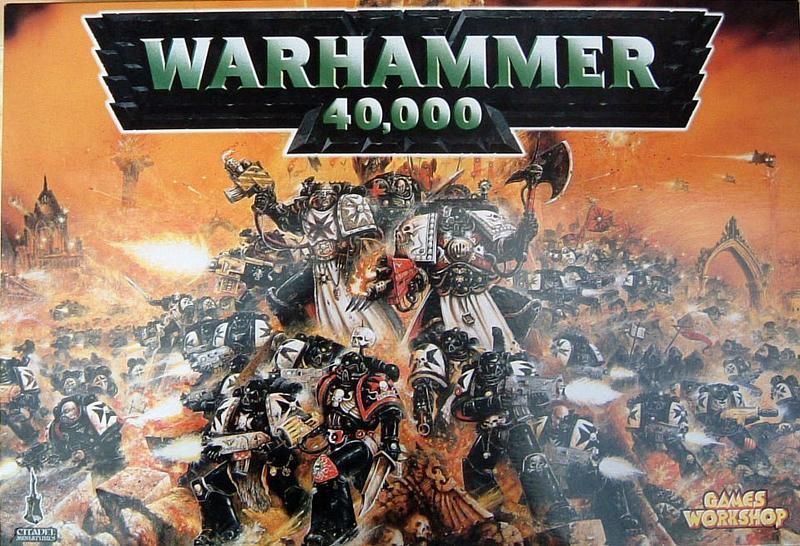 Warhammer 40,000 is a table-top miniature-based war game set in a dystopian future. Although usually played by two players, theoretically any number of players can participate at once. Players can choose one of a number of factions from within the Warhammer 40,000 universe - examples include, humanity's defenders, the Space Marines and Imperial Guard, the nearly extinct race of Elder, the all-consuming Tyranids or the corrupted once-human forces of Chaos. Each race also how their own sub-groups and flavours - for example there are Chapters of Space Marines with their own specialisations, whilst a Chaos army that worships the war-god Khorne would look very different to one worshiping the pleasure god Slaanesh. Players select their armies based on the miniatures they own. To ensure balance each miniature is assigned a points value (with the value rising for optional upgrades) and players usually agree a points limit for each army before play. Similarly, players will agree the rules and victory conditions for a specific scenario. Each turn proceeds in phases covering movement, melee combat, ranged combat and so forth. No game board is used, players make or purchase their own scenery. Physical measurement is used to determine movement and weapon range, with dice used to calculate everything from damage to morale and the effectiveness of physic powers. Special 'scatter dice' are used to calculate random or quasi-random events such as the movement of a gas cloud or fire. Games usually last for a specified number of turns, after which the player who has accumulated the most victory points (by achieving pre-set goals and destroying enemy miniatures) is the winner. Expansions and new armies are regularly released for Warhammer 40,000, with new editions of the game itself being released roughly every four years.