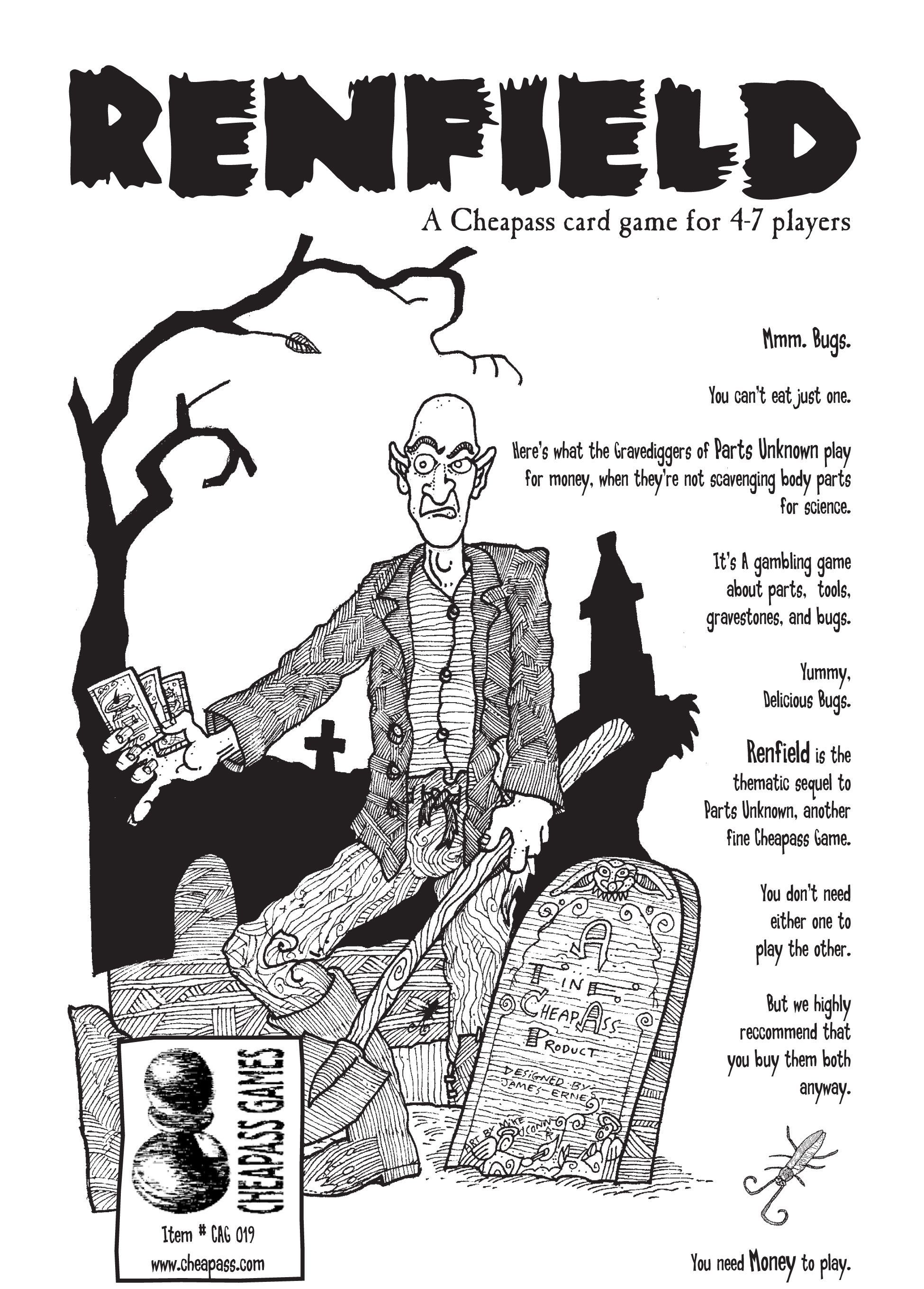 This is a strange trick taking/gambling game. Each card has 4 traits, rank (1-17), suit (tools, parts, stones), bugs (0-6) and a dollar cost (0-5). The game is played in hands of six rounds. Six cards are dealt to each player then setting the order of suit hiarchy is bid on. The highest bidder puts his money in the pot and sets the suit order. The top bidder then plays a card and everyone must follow suit if possible. The winner of the trick takes the cards and check for dollar amounts. This must be paid to the pot. He then leads the next trick. A player may fold instead of playing if he has won at least one trick with a bug. He is out for the rest of the round and can not win the hand. After six rounds have been played the winner of the hand is the person who has taken the fewest bugs more then zero. Take the pot and dealer moves clockwise. Like poker there is no end of the game. It is when everybody chooses to quit.