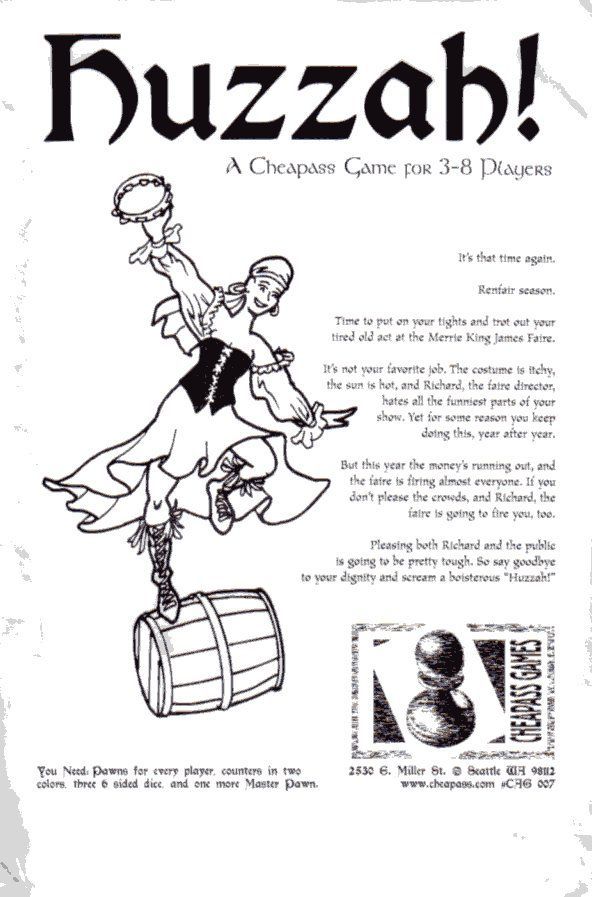 You are an actor walking around a fair looking for an empty stage. The board is a 51 space circle with nine stages placed around it. When you find one you set up shop and try to attract an audience. This is done through card play. Richard, the fair's entertainment director is also walking around. Cards are played secretly face down then 3 movement dice are rolled for Richard. After he moves all cards are revealed. Crowd cards played will attract between 2 and 5 people (with each stage having a different maximum allowed to gather, from 15 to 30) unless Richard is present. If Richard is present you lose points. Finale cards convert your audience to points and then you will have to find another stage unless Richard is present. If Richard is present you lose your audience and have to find another stage. Bump cards allow you to bump any pawn that has just moved another 3 spaces including Richard. Huzzah! cards will chase away audience members away but if Richard is present will net you a lot of points. First player to 50 points wins.