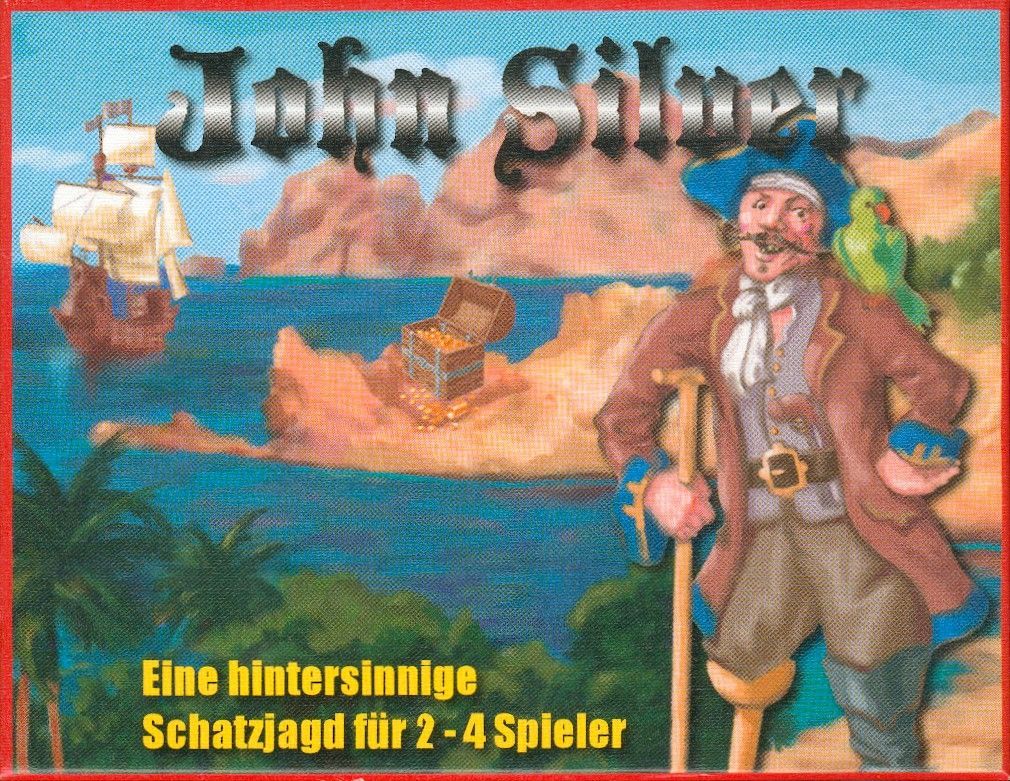 Description of the game from Spielbox: John Silver', a card game by Martin Schlegel. John Silver is an "ah, I see" game - you play out a card and wonder who's going to take the trick. And when the trick is taken, it's usually accompanied by "ah, I see". When a row of 4 cards is complete the two tricks will be distributed amongst the winners: The highest card "grabs" the second-highest card, and the lowest card "grabs" the second-lowest card. The value of this tricks does not depend on their number but on the coins (good points) or broken treasure maps (negative points) printed onto the playing cards. Additionally there are apples on some cards that offer points to the player sitting to the left from you.