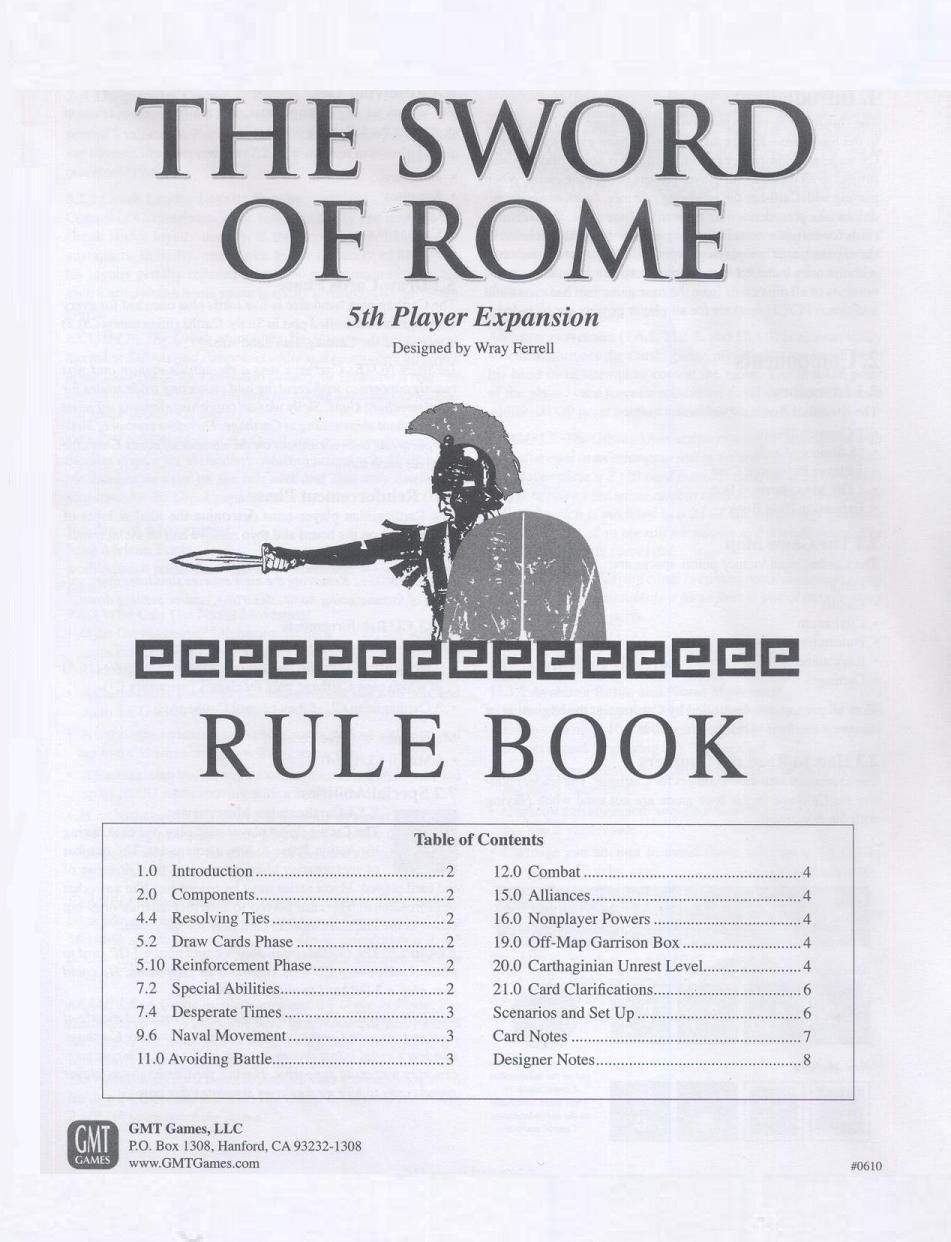 This expansion kit for the award-winning Sword of Rome game adds Carthage as a player power and requires ownership of Sword of Rome. Carthage now has their own customized deck of 38 strategy cards plus there are 8 new events that replace cards in the Etruscan, Roman, and Greek decks. Additionally, Carthage has special powers that emphasize its historic strengths. Carthage can hire mercenaries allowing lesser peoples to do the dirty job of fighting for them. Carthage is the pre-eminent naval power of the era and has the ability to interdict any naval movement, blockade enemy cities, and provide supplies to allied cities under siege. Carthage can also provide the use of its ships to allies, allowing them to move great distances to launch unexpected attacks. Perhaps Carthage will ally with the Greeks and sweep north using their combined navies to turn the tide, but what of Sicily? It now provides reinforcements and VPs for conquering it for both the Greeks and Carthage, but at a severe cost to the side that is denied the island. Perhaps the Greek player has allied with you just to encourage you to sail to Rome so he can launch a Sicilian campaign. And what of failure? The Carthaginian general who has the audacity to lose a battle may be crucified for his incompetence. The generals who survive always keep in mind that their mercenaries' loyalty lie not with Carthage, but with silver and gold. Expands: Sword of Rome