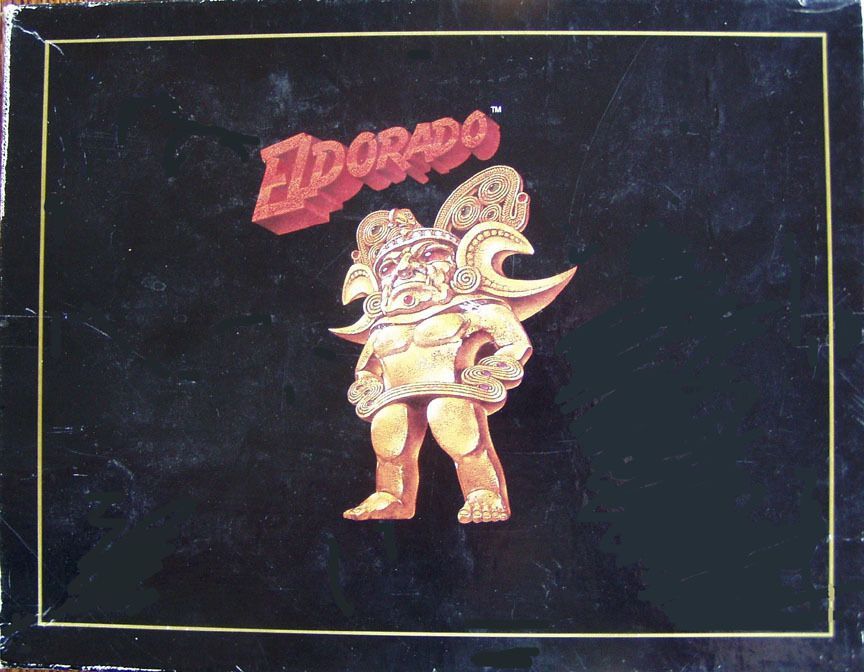 A fun, light, but hard to find game where players explore South America in search of the Eldorado, golden statue of the Incas. The player who can endure the snakes, piranhas, bandits, tropical storms, and rival explorers to return safely to New York City with the statue is the winner. The objective of the game is to find or capture the priceless statue, El Dorado, in the South American Jungles and bring it back to New York. Along the way you will find treasures and spend your fortunes on crucial equipment and transportation. There are three important regions on the board: The Northern part (Silver Zone) contains four hidden maps which will significantly aid you in your search for El Dorado. Deep within the Silver Zone lies the dark Amazon jungle, where fortunes are doubled but risks are also significantly increased. The third region is the Southern part of the continent (Gold Zone) where El Dorado waits for its finder. Several ways exist to become the winner in this race which is known to turn friends into enemies. Fly to the Silver Zone to find one of the four maps, or risk everything by flying directly to the Gold Zone to immediately begin your search for El Dorado. Watch out for bandits, snakes, spiders, piranha, tropical downpours, blowguns and rival players.