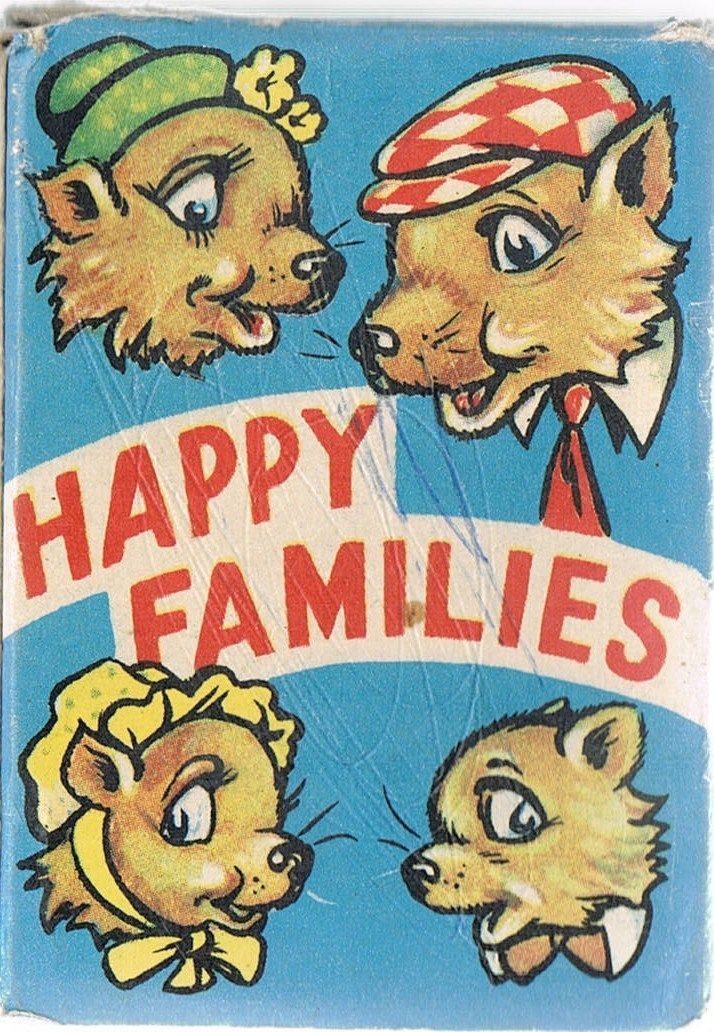 This game is very similar to the The Game of Authors. The biggest difference appears to be that the names of the missing set cards are not provided on at the bottom of each card. The game can be used to teach job names to children. This game was designed in England and was originally published for the Great Exhibition by John Jaques & Sons. The outside of the box described the name as Happy Families while the inside of the box describes the name as Merry Families. Each quartet consists of four family members -- a father, a mother, a son, and a daughter. The fathers are Mr. Daub the Painter, Mr. Dough the Baker, Mr. Pill the Doctor, Mr. Sand the Grocer, Mr. Saw the Carpenter, Mr. Snip the Barber, Mr. Stain the Dyer, Mr. Smut the Sweep, Mr. Thread the Tailor, and Mr. Tub the Brewer.