Quest for the Grail - Universal Statistics 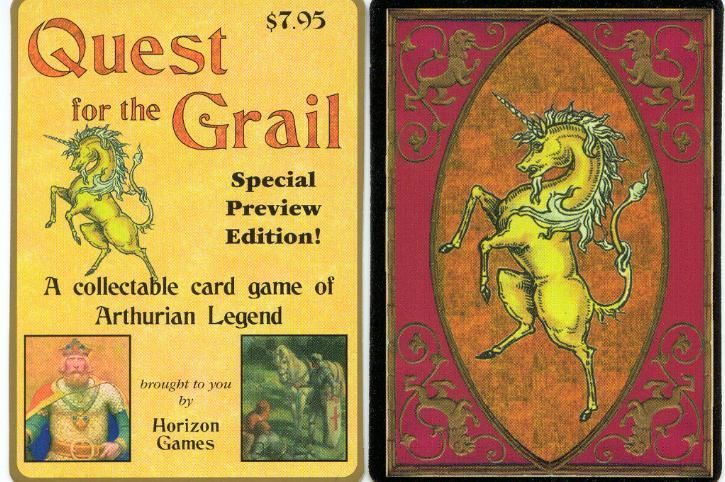 King Arthur and the Knights of the Round Table make their way to the CCG world via this game. The object of the game is to go on quests to reap rewards or valor. With 12 valor you can make a quest for the grail to win the game. You play with two decks. The quest deck has quests that your or your opponents can undertake. Your court deck has your warriors (who go on the quests), domains (which supply power to pay the upkeep on cards in play), companions (who are assigned to a warrior to help him), events (which can be played anytime and have different durations), spells (which can only be cast by a warrior or companion who is an enchanter), combat (which are used in combat to affect your abilities) and rewards (which can be assigned to a warrior in lieu of valor upon completion of a quest). To go on the quest for the grail a warrior must have 12 or more valor. He then completes 3 quests from the quest deck in a row while maintaining 12 or more valor. Also credited as a designer is Richard Trainham. The artwork is from prints and blocks from the 1800's and early 1900's and look stunning. There are some more modern pieces used to fill out the set.