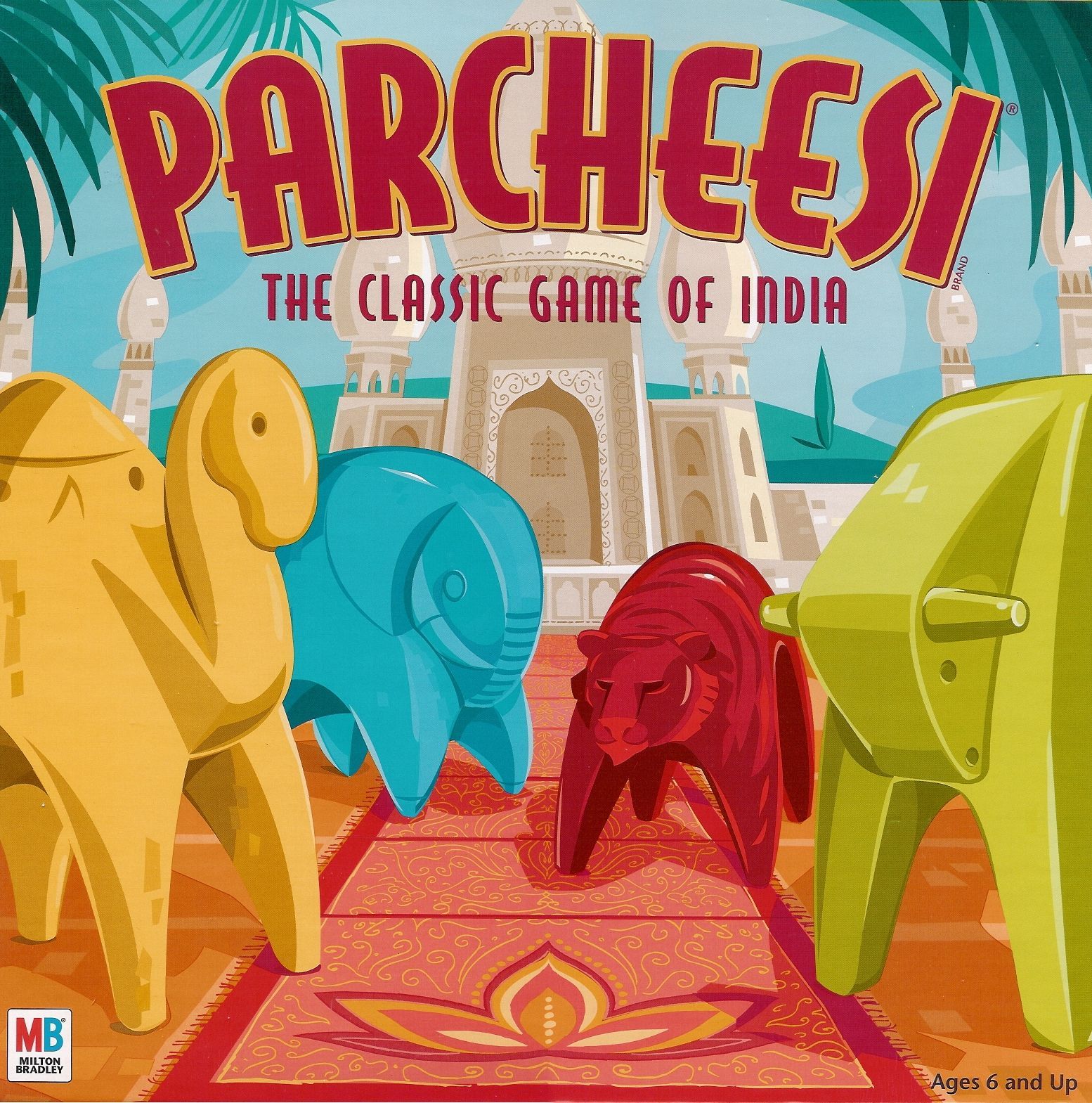 Pachisi, the national game of India, dates back to 4 AD and remains popular today. Each player has a set of pawns that start in his or her corner of the board. The goal is to move the pawns around the board to the "home" section. Movement is controlled by dice. All players move around the same board, so they may capture each others pawns. Captured pawns are returned to their player's corner and must start their journey over. The winner is the first player to move all pawns "home". Parcheesi is the westernized version. The usual game is for 2-4 players. Jumbo's version handles up to 6. There is also a Schmidt-Spiele edition with a double-sided board. One side for 4 players, the other for 6. Juegos de la Antigüedad Parchis boards are up to 8 players. 'Wa-hoo' (or 'Wahoo') is a homegrown variant of the game, popular in Texas and surrounding states since the early 1900s, which features different rules and team play. Another homegrown variant is to prohibit players to capture each others pawns. But this overprotective variant is not recommended!