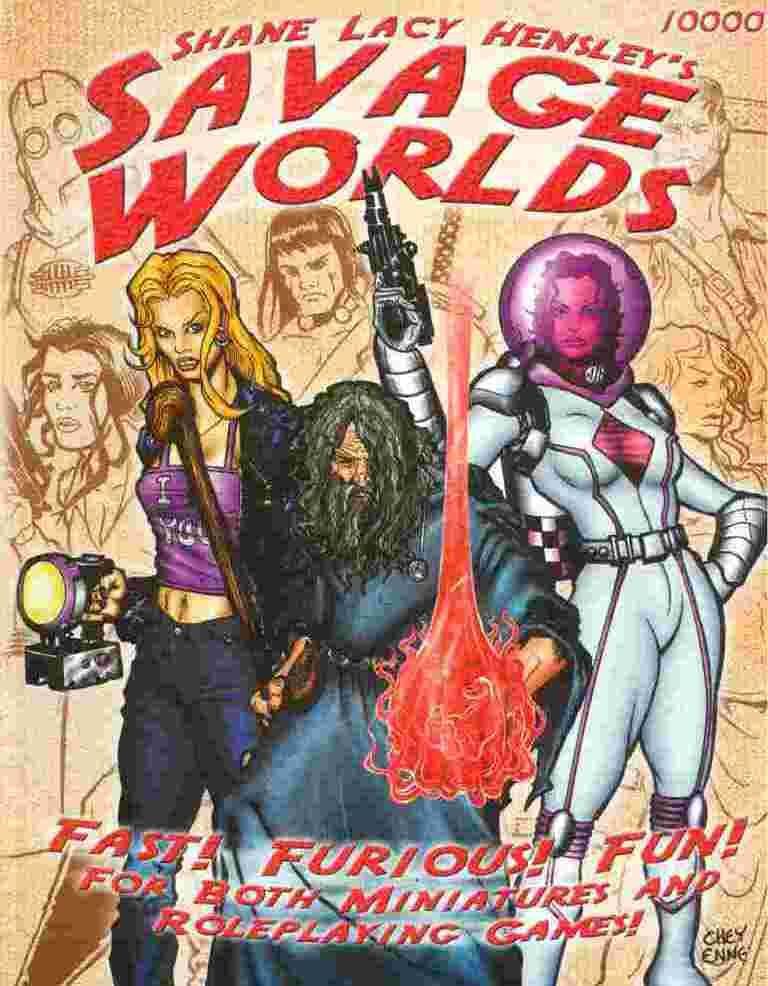 From the publisher: Welcome to a revolution in gaming! Savage Worlds is a merger of the best ideas in roleplaying and miniature games! What's so revolutionary? We're glad you asked! It's Fast! Savage Worlds is the fastest and easiest fully-detailed roleplaying game you'll ever play! You can fight out massive battles quickly and easily with your heroes, allies and minions in one simple, fast-playing system! It's Furious! Characters gain awesome new abilities quickly, raising their attributes and skills and gaining powerful and exciting new Edges! It's Fun! Savage Worlds was designed to be a Game Master's dream! GMs can write adventures, create new villains and monsters, and run epic tales, all without lots of bookkeeping. And you won't need computer programs, three rule books, and a half-dozen setting books to do it. You'll find everything you need right here and in the Savage Setting of your choice! It's also a Miniatures Game! Savage Worlds works as a miniatures battle game as well as an RPG. That means you can fight out your heroes epic battles to save the world right on the table-top! Or you can play a competitive battle with troops of your own design! It's Complete! Savage Worlds was designed to be used with any genre from swashbuckling pirates to superheroes and sci-fi. Inside you'll find complete and simple rules for epic heroes, vehicles, chases, magic, superpowers, mass battles, skirmishes, and even guidelines for designing your own races and worlds! Expanded by: Tour of Darkness As an RPG: Savage Worlds can also be played strictly as a roleplaying game, and thus also exists as an rpggeek rpg entry.