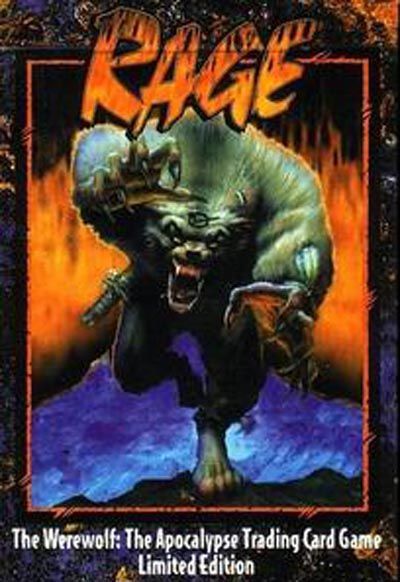 Publisher Blurb These are the last days. Gaia is dying. The Apocalypse is here. Will you fall defending her or die a cowards death? Will your pack live in legend as the ones who saved the world, or those who betrayed it? Is today a good day to die? Take control of a pack of Garou, savage werewolves, as they battle the forces of the Wyrm in defense of Mother Earth, Gaia. Call upon ancient spirit pacts, mystical abilities, and the tools of the modern world to destroy the forces of corruption that threaton to plunge the world into eternal darkness and decay. But not every Garou agrees how best to save Gaia. Is it best done through force? Through renewing the traditions and spirit pacts of old? Through mystical means? Or should the Garou just adapt to the new age and help Gaia change to fit into the new world? Or sell out and play a pack of Wyrm creatures hell bent on seeing that the Wyrm is the final victor in the coming Apocalypse. But not even the forces of the Wyrm can agree on their methods. Should they concentrate on corrupting humans and Garou to do the Wyrm's bidding? Should they fight the Garou claw to claw? Or should they win the war by destroying every last thing the Garou love and cherish? Gameplay Each player has two decks. One deck is his "Sept" hand. This is composed of allies, equipment, fetishes, events, victims, gifts, quests, and several other card types depending on which expansions you are using. The other deck is a combat deck showing special maneuvers which are used when two characters are engaged in combat. Play begins with each player laying out his pack (collection of Character cards). These are all the characters the player will have for that game. The game ends when one pack achieves the same number of Renown as they had starting Renown. Typically, players start with a 20 Renown pack (each character has a Renown) and thus the game ends when someone has 20 renown in their victory pile. Play is simultaneous, with all players taking actions at the same time - conflicts are generally resolved based on the renown of the character taking an action; well known characters go first. The game is split into several phases: Redraw - draw your Sept hand back to 5 cards Regeneration - heal characters that have been hurt Resource - play most cards like gifts, equipment etc. Umbra - play special umbra cards and actions Moot - play special cards which may change rules. These must be voted on by all players. Combat - resolve any fights. Each round a player designates one of his characters as Alpha. The Alpha becomes the primary actor for that round. During the combat round, Alphas may: 1) Attack another Alpha 2) Attack a victim 3) Attack an enemy 4) Challenge an ally or a non-Alpha character 5) Attack a territory 6) Do nothing. Combat is resolved using a separate deck which allows special maneuvers. Renown (victory points) are earned by defeating rival characters and enemies. Some packs may reverse the rules and gain victory by defeating victims. Renown can also be earned from moots and quests.