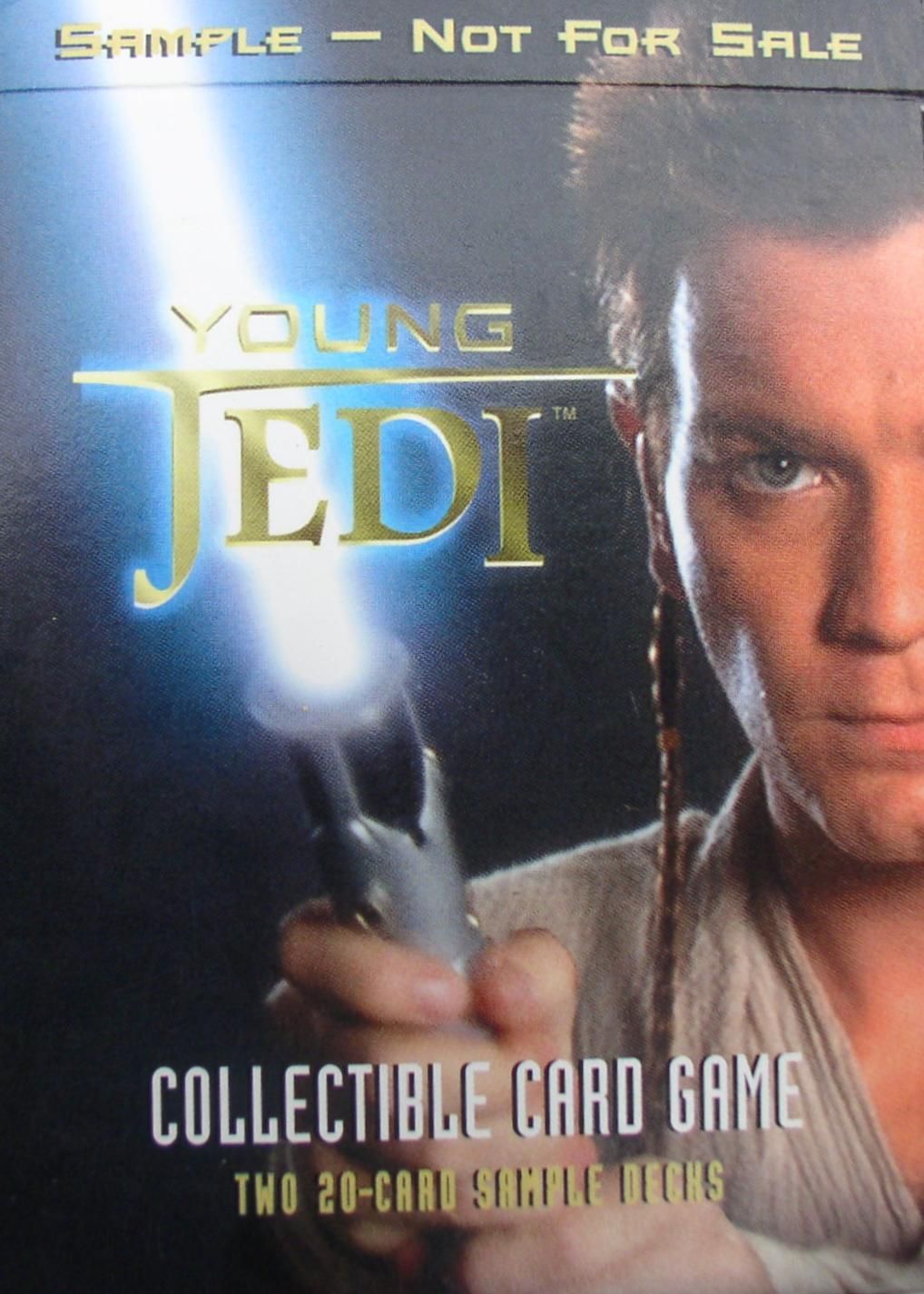 GAME SYSTEM This entry is to allow for discussion/rating of the game system as a whole. It is not for a specific product or release. Versions will appear on the individual item pages. This is a very simple CCG based on the movie Star Wars: Episode I. First, after shuffling, you see who goes first (usually drawing "destiny") and then draw 6 cards from your reserve deck. The player who goes first usually chose the planet to battle at first. And, from these 6 cards, you then deploy up to 6 "counters" worth of cards from your hand. These can be Locations (if you are on the same planet), weapons and characters. There were also "effect" cards that could be deployed to the table to boost up your characters, power, equipment and # of counters per turn. Phase two is battling for the planet you are currently on. You lay any battle cards in your hand down and pick up your deployed character and weapon cards. These are arranged in the order of "battle card, weapon card, character card." With the cards in order from last (first character you want to battle with) to first (last character to be battled), you place them face down in a stack and you both turn over cards until you get to a character (in the case of weapons and battle cards). Cards turned over before the character are attached to the character (weapons and such) if the character can use them. If the character can not use them, then they are discarded. If you have weapons, you total up the number of "power dots" (red dots) and draw destiny. That is the top card of your reserve deck. You then look at the small number on the "die" in the upper right hand corner of the card. You add this power to the character. Whichever character has more power wins and the loser discards his character and attached cards. Damage is listed on the card that lost. The loser then discards that many cards off the top of his or her deck. Both players then turn over their cards in the fight deck for the next characters to fight, etc. If the attacker ends up with more characters then the defender then the defender discards 1 card for each. The cards that survived the battle remain at the planet for the next round. The final phase is called even up. Pick up your original hand and you may discard it before drawing back up to 6 cards then go back to phase one again. If you have more than 6 cards in your hand, you have to discard down to 6. If you have less than, and you wish to keep them, you then draw to equal 6. If you are not satisfied with your hand, you can discard the whole thing and draw 6 fresh cards. If after a battle you are the only one with characters left on a planet you have won it and you move to the next planet which is chosen by the winner of the planet. You can also "surrender" the planet. You win by controlling 2 of the 3 planets or by running your opponent out of cards. There are a lot of other little things involved but that is basically how the game goes. The artwork on the cards is up to Deciphers usual very high standards.