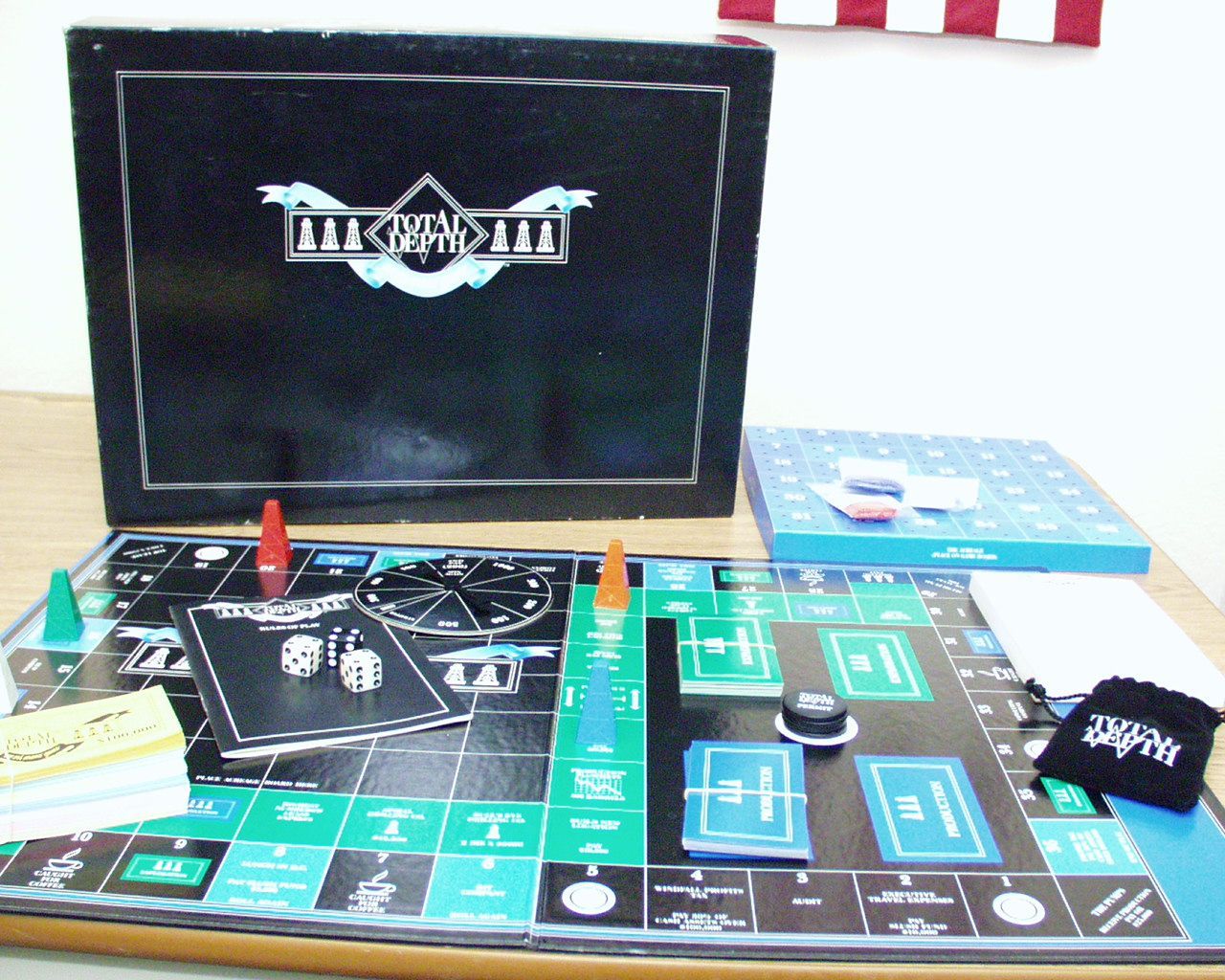 Subtitled "An Oil Man's Game", this game for would-be oil well operators Ages 12 and up was produced in Dallas, Texas. As in Monopoly, players roll dice to move around the outside board edge. Other similarities include an extra turn when doubles are rolled, two decks of cards ("Production" and "Exploration"), income tax, income upon passing the start space and even incorporation of the unofficial "Free Parking" variant, here called the Slush Fund. Different is an interior board path and an elevated 6x6 drilling board. Landing on an outer board space usually offers the chance to lease a plot on the drilling board if not already leased. Travel on the interior board, possible only by landing exactly on its entrance or possession of a plastic permit token (obtained by landing on other spaces), permits drilling once one has a drilling company. This is very much a costly hit-and-miss affair, especially when drilling without any other proven oil fields nearby. If the player does not go bankrupt, eventually his plots should be populated with a lot of black plastic pegs indicating gushers rather than the yellow ones which signify dry holes. Then each time a player passes the start, he is paid based on the number of barrels he is pumping. Unlike Monopoly, the idea is not to drive others into bankruptcy, but to be the first to reach one million dollars. While there is a good atmosphere of real drilling situations, there is also much chaos in the dice, cards and spinner.