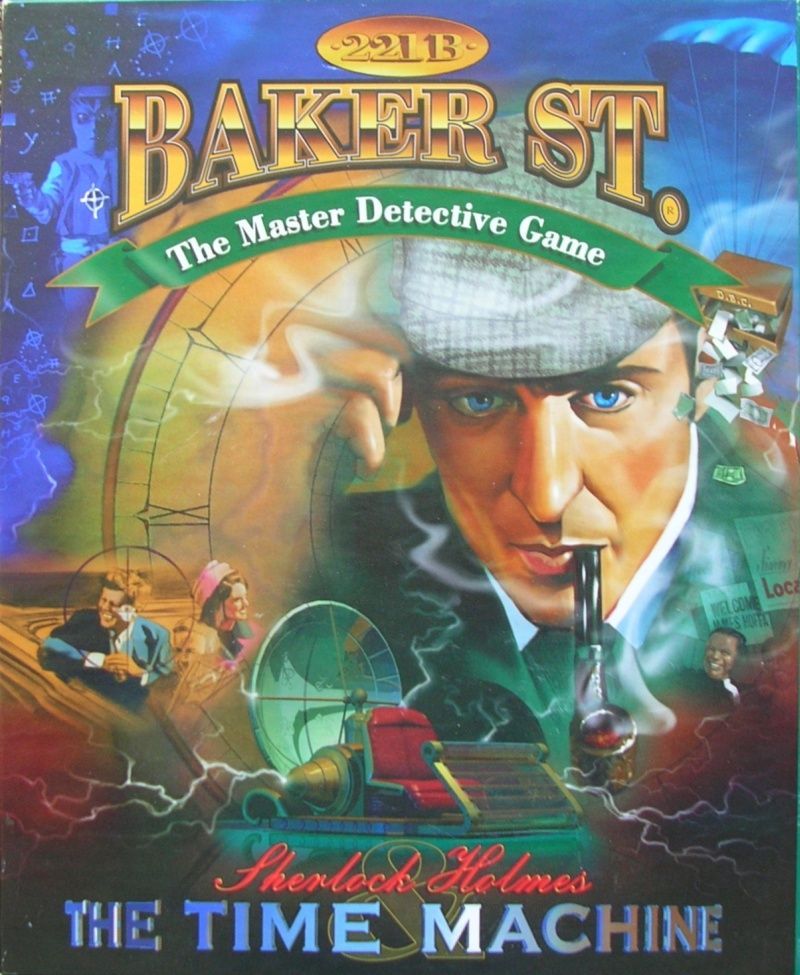 This is the newest edition of the 221B Baker St. game, and the gameplay is nearly identical to the original. Twenty "all-new, all-true" mysteries of the 20th century include: The JFK assassination in "The Camelot Conspiracy, Pt. I and II" Jimmy Hoffa's disappearance in "The Vanishing Teamster" Elvis's death in "The King's Early Exit" 221B Baker Street is the London address of the world's most celebrated fictional detective, Sherlock Holmes, and his dedicated companion, Dr. Watson. However, instead of staying in London, in this version players use H. G. Wells' Time Machine to travel to the future, attempting to solve infamous cases from the 20th Century. Each player assumes the role of Holmes and matches wits with the other players to determine who possesses the most skillful powers of deduction. The game includes 20 cases based on famous crimes and criminals of the 20th Century, including the Zodiac Killer, Sacco and Vanzetti, the Lindbergh Kidnapping, and "The Black Dahlia". Each case is represented by a card that features a crime told in story form, a selection of probable suspects and a list of locations involved in that crime. The board represents the various cities the crimes occurred in, with eighteen generic locations to find clues (Pharmacy, Hotel, Airport, Supermarket, Tavern, Harbor, FBI, etc.). Players must collect clues from different locations, noting them down on their checklists as they attempt to find the answers to the questions listed on the case card. Movement is via die roll. Naturally, the crime scene will often contain vital clues, and a prudent detective always checks with the neighbors. Still, you can learn something important almost anywhere in town. The first player to figure out the correct answers to a particular mystery or crime, return to the Time Machine and announce the solution, is the winner. There are two versions of this edition: Standard and Deluxe. The Standard version uses regular movers, while the Deluxe version includes six "collectible" pewter playing pieces: Deerstalker Cap, Time Machine, Dark Lantern, Magnifying Glass, Violin, Pipe.