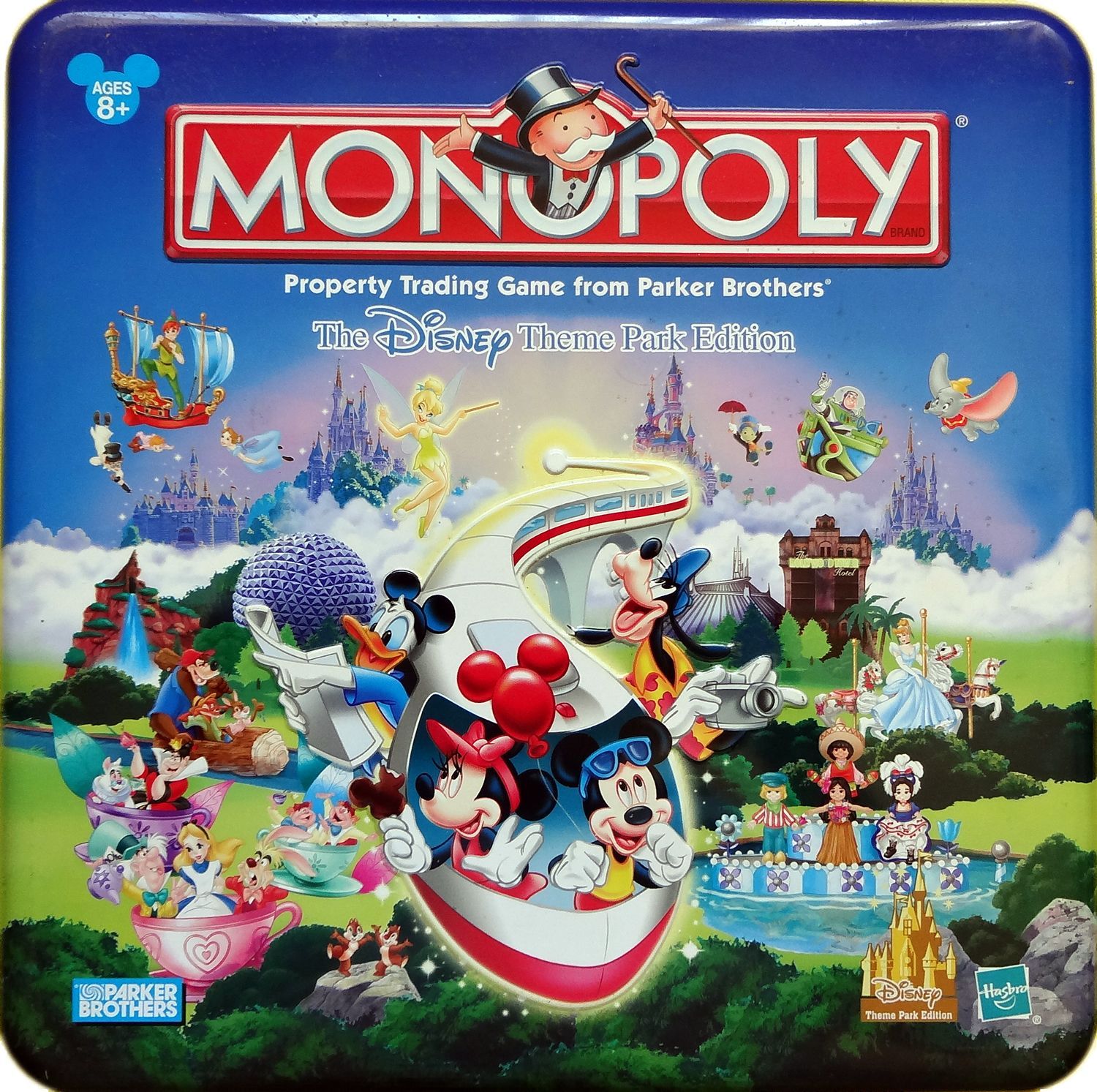 This version of Monopoly is one of the tin boxed Disney Theme Park Editions. They are only sold at Disney resorts and theme parks. The famous rides and attractions are bought, sold, and traded by the players. Main Street USA buildings act as houses while Disney castles sub for hotels. Eight collectible player tokens modeled after various ride modes of transportation are also included. The game Monopoly: the Disney Edition (2001) a normally boxed version sold in regular stores with properties based on Disney films.