Nature of the Beast: Farm vs. Forest - Universal Statistics 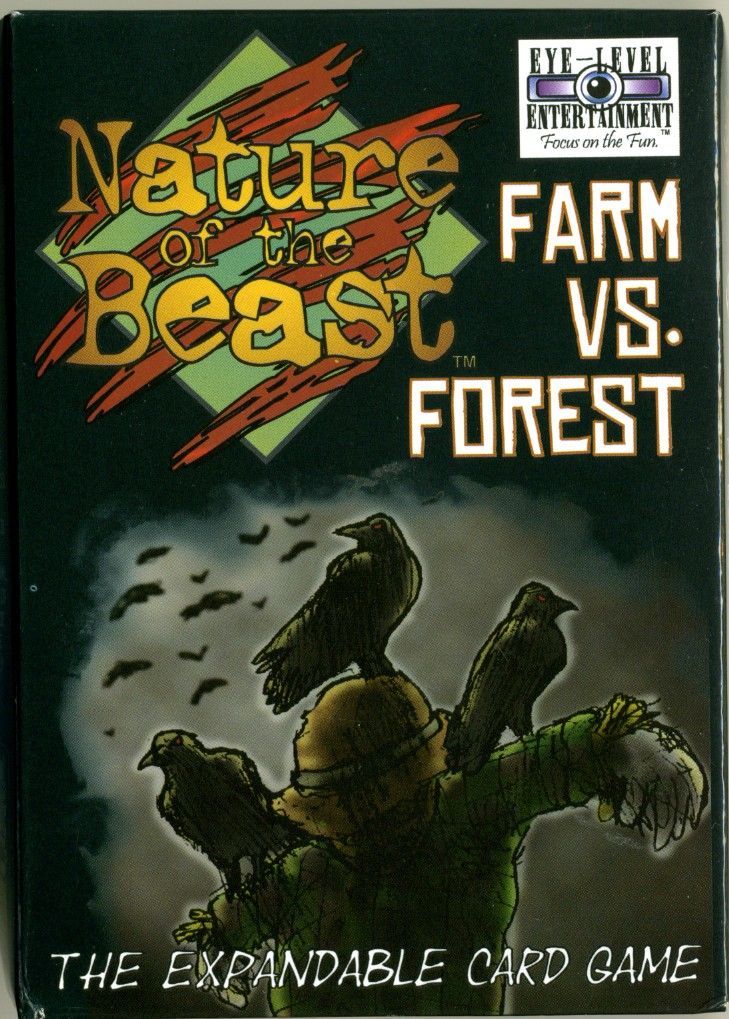 Nature of the Beast Farm vs Forest is a witty, gritty expandable card game that focuses on recruiting animals and strategic control of your playing field. The first player to gain control of their entire field wins. Players recruit animals, promote leaders, purchase equipment, find locations, enlist legendary animals, and befriend human allies. Players also keep track of two tallies during the game: Favor and Fury. Favor indicates how much 'pull' you have with humanity. Fury indicates how much of a threat humanity sees you as. Fury is gained by attacking your opponents. Gaining Fury can allow you to take advantage of sinister 'Dark Nature' cards, but gaining too much can eliminate you from the game. This Battle Box features two 70-card faction decks: Farm and Forest. Farm animals are well-balanced and know how to take advantage of Dark Nature cards. Forest animals have little interaction with humanity, but are very capable fighters. Integrates with: Nature of the Beast: City vs. Suburb Nature of the Beast: Prairie vs. Polar