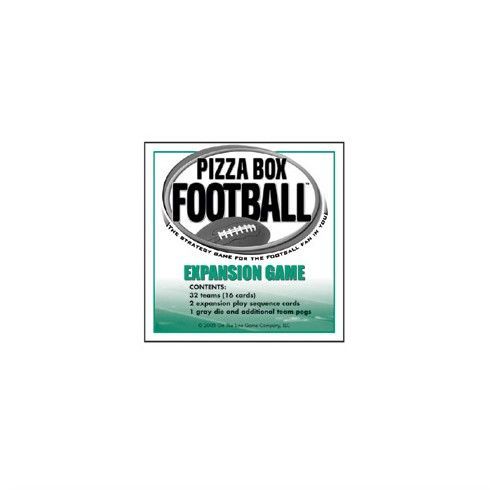 Pizza Box Football's 32-Team Expansion Game is based on the 2004-2005 season. All 32 teams are modeled after their strengths and weaknesses. How will you shut down Indy's powerful passing? Penetrate Pittsburgh's stalwart defense? Slow Atlanta's running QB? Can anybody beat New England? The expansion also adds 3 additional play calls for the offense and 3 additional play call for the defense. Beware of the defense's blitz! Watch out for the screen pass! The expansion comes in its own envelope, allowing it to store easily inside your existing Pizza Box Football game. The envelope holds the cards for the 32 teams as well as the expansion play sequence cards. Expands: Pizza Box Football