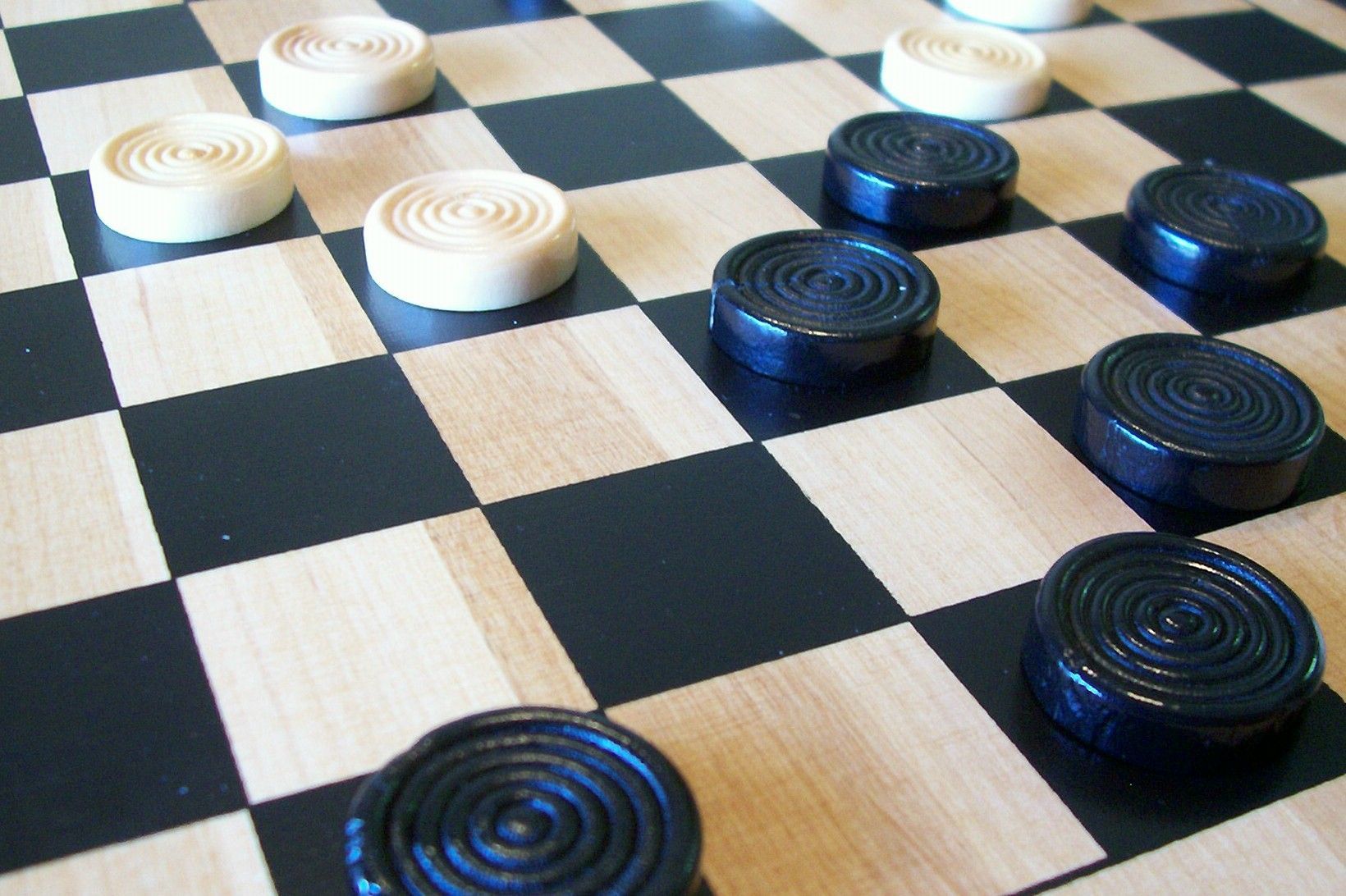 Abstract strategy game where players move disc-shaped pieces across an 8 by 8 cross-hatched ("checker") board. Pieces only move diagonally, and only one space at a time. If a player can move one of his pieces so that it jumps over an adjacent piece of their opponent and into an empty space, that player captures the opponent's disc. Jumping moves must be taken when possible, thereby creating a strategy game where players offer up jumps in exchange for setting up the board so that they jump even more pieces on their turn. A player wins by removing all of his opponent's pieces from the board or by blocking the opponent so that he has no more moves. This game, also known as Draughts, is part of the Checkers family. The Official Checker Board to be used in tournaments and official matches of associations like international WCDF, ACF, and APCA usually shall be colored of green and off-white (buff). Board squares shall be not less than 2 inches nor more than 2½ inches wide. Tournament pieces are Red and White, but called Black and White in game related literature. Sources: American Pool Checker Association (APCA) World Checkers and Draughts Federations (WCDF) "The Standard Laws of Checkers", with comments by Jim Loy Tournament Rules for Checkers, www.ehow.com