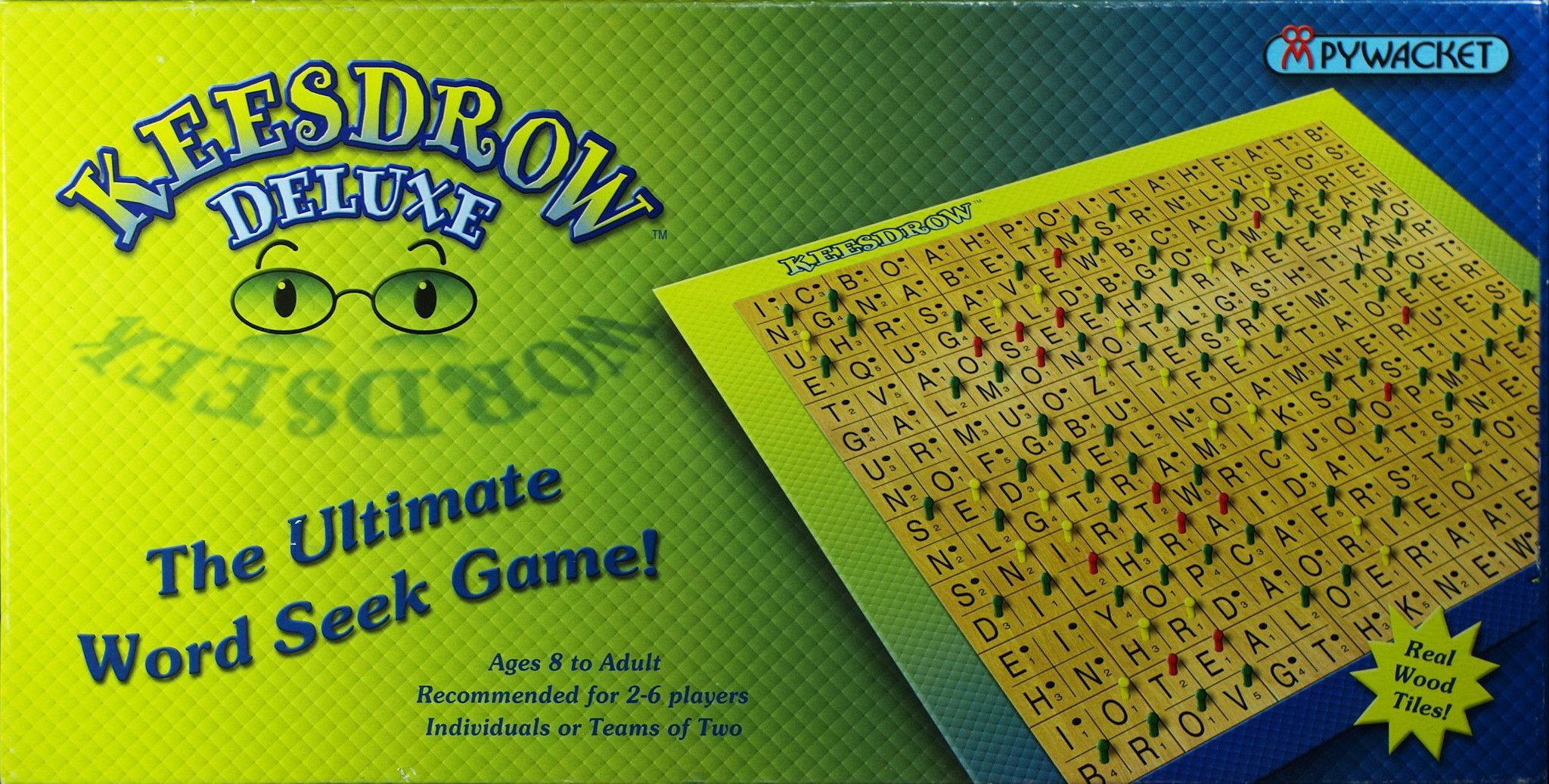 It is a very high quality “word find” board game, and appeals to a very large audience, ages 8 to adult. It is designed to entertain a wide range of audiences and age groups. Keesdrow is ideal to play at family gatherings, an evening with friends, or any time of day when people just need a break. The game consists of 64 double-sided wood tiles (each tile consisting of four letters with number values assigned to each letter along with a hole for the placing of a colored peg) The object of the game is simple. Players compete for high score by identifying words within a maze of letters and scoring points based on the letters they use. As players identify words, they insert a colored peg in the hole of each letter used to form the word. Adjoining letters may be up, down, left, right or diagonal. The letters must be joined in sequence, and may be used more than once within the same word. Letters have varying point values, and may be used a maximum of three times during the game. The first time a letter is used, it counts as a single point value, and a green peg is inserted in the hole of the letter. The second time a letter is used, the point value is doubled and a yellow peg replaces the green peg. The third and final time a letter is used, the point value is tripled, and a red peg replaces the yellow peg. Once a letter has been used three times, it is expired and may not be used again for the remainder of the game. (While playing the game, think of a stoplight – first play the green, then the yellow, and finally the red at which time play is stopped for that letter.) The key to making this game so enjoyable is the ability to use the same letter multiple times within the same word, to move in any direction to connect letters and to limit the use of individual letters to a maximum of three times. Game contents include a game board, sixty-four wood double-sided tiles (each side contains four letters, numbers and holes), 300 colored pegs, plastic case for the pegs, blue organization bag for the tiles, two-minute sand timer, very descriptive game instructions with color illustrations of the first twelve turns, and score pad. 2006 Mensa Select