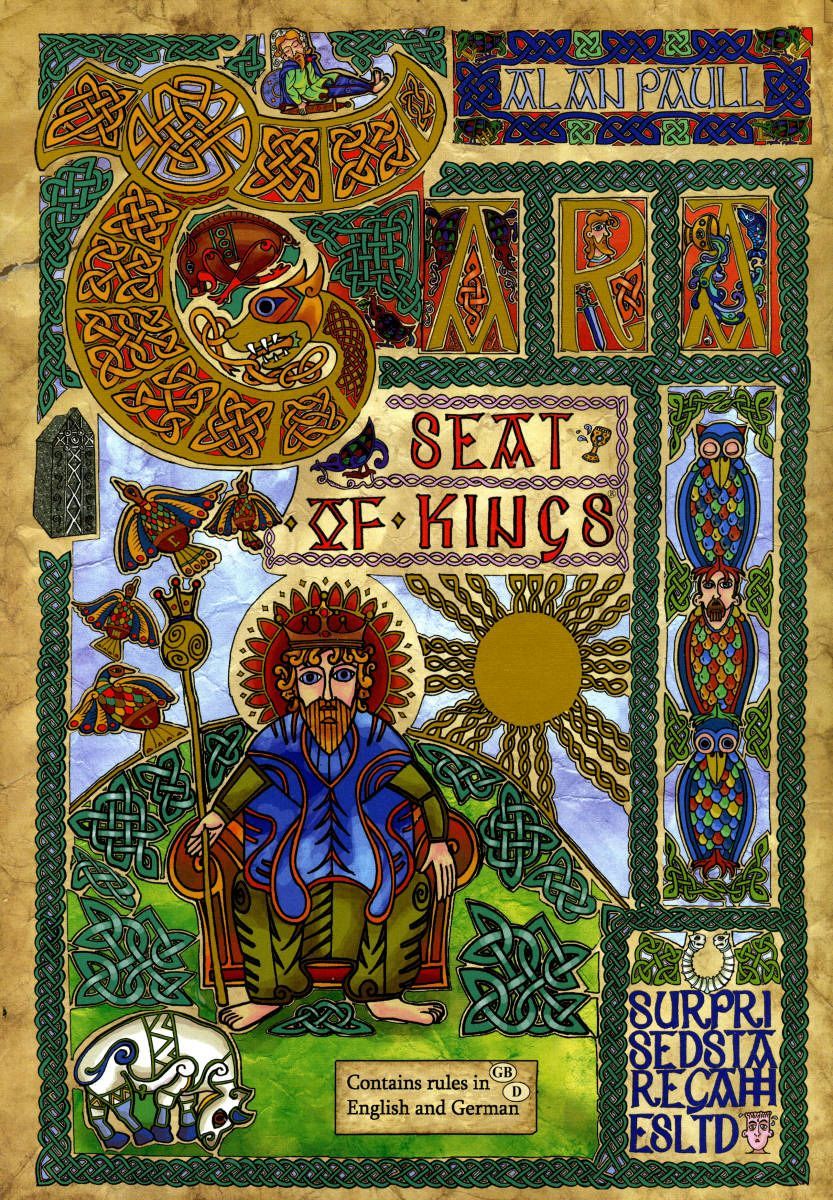 In Tara each player strives to become Ard Ri or High King of Ireland. Through the play of cards representing your supporters and the use of 'cumals' (a cumal is worth three cows), you attempt to promote your followers from Farmers to Herdsmen, through Warriors to Chieftains and finally to the ruling King in the region. Tara is played in rounds of three cards. A round is completed when each player has used three cards. At the beginning of the game the Starting Player deals each player six cards. Each player chooses three of these cards to use in round one, and puts aside the remaining three cards - you will use the second set of three cards in round two. In your turn, you select and play one card from your hand. Then the player on your left takes a turn, and so on, until each player has played all three of their cards in hand. When you play a card, you choose one of four actions: A Place pieces into a region; B Play a Stone of Destiny card to swap 2 pieces in a region; C Discard the card and pay 4 cumals to declare an amnesty that releases all captives from a region; D Discard the card to gain 2 cumals. If you placed or swapped pieces, you may pay the card's Activation Cost to promote from two of your adjacent pieces to the space immediately above them. For example, if you placed a herdsman next to another of your herdsmen, you could pay the Activation Cost and put a piece above both herdsmen into the space at the warrior level. The object is to gain a King in the region by promoting to the King space. By placing or promoting pieces you might capture opposing pieces and release those of your own that have been previously captured. After each player has played the three cards in hand, there is an End of Round sequence. Each region may have a traitor. The player who owns the traitor swaps one of their pieces for an opponent's piece and may then pay to promote from the traitor's space. Once all traitors have been actioned, players collect income, dependent on the number of pieces they have on the board and their rank. Then remove pieces from any region containing a new King; the player with the new King establishes a garrison in the region, captives are removed and exchange or ransom of prisoners may occur. Finally the Starting Player chooses a new Starting Player for the next round. A new round then begins, using the three cards set aside by each player if they remain, or by dealing another six cards to each player and splitting them into two sets of three as at the start of the game. The game continues until one player has a King in two different regions.