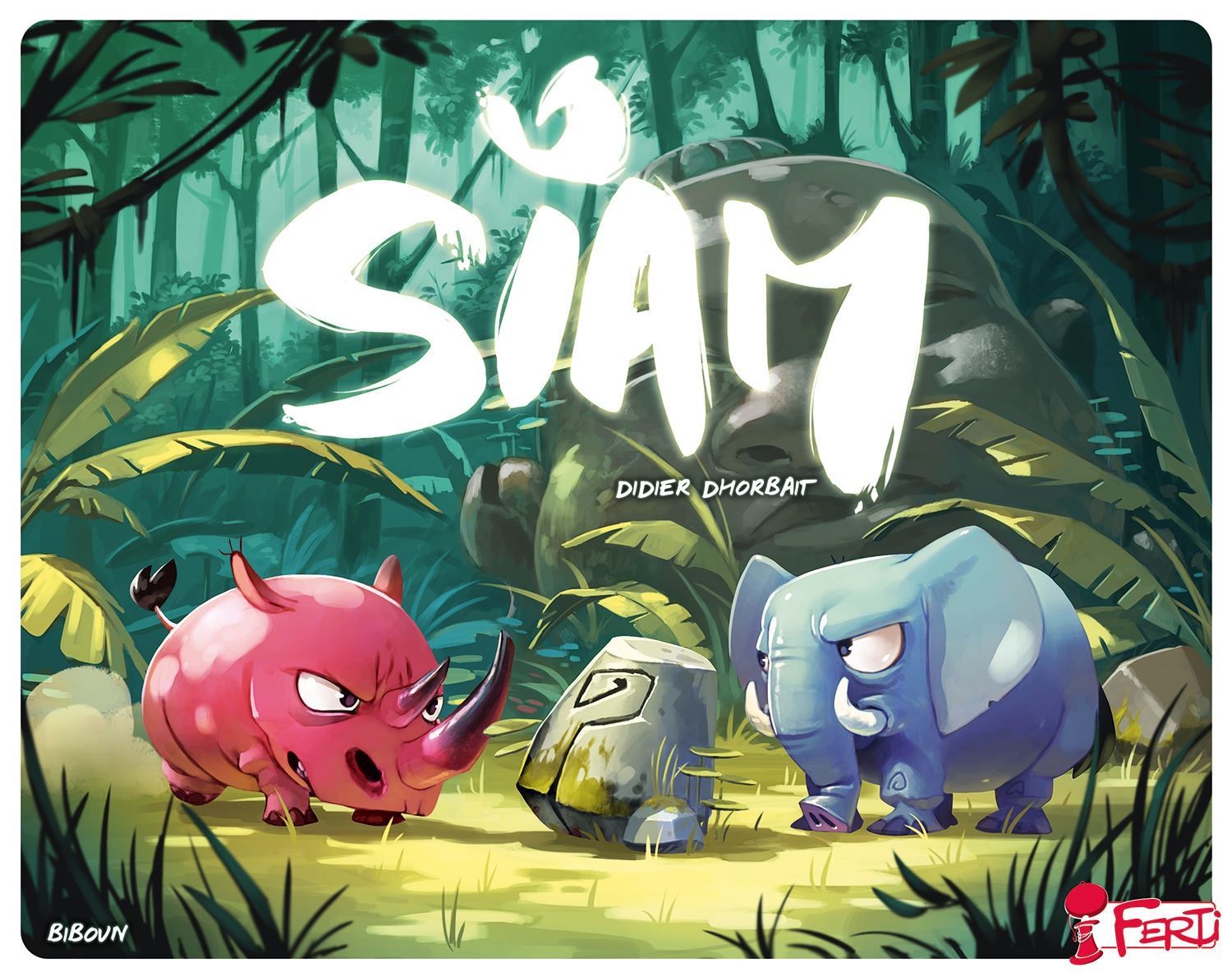 We are in the realm of Siam, which once upon a time was heaven on earth, a vast country where elephants and rhinoceros had been living in peace for centuries. Then the earth started to shake and Siam was reduced to three regions surrounded by gigantic mountains. Since then, elephants and rhinoceros have not had enough space to live, and now in Siam these two incredibly strong species shall struggle mercilessly to rule over two territories. To win Siam, be the first player to push a rock off of the board. Either animal can push a rock, but if you want to push an animal facing you, you have to be superior in numbers, e.g., you will need two animals to push one or three to push two. The 2015 version of Siam has a double-sided game board.