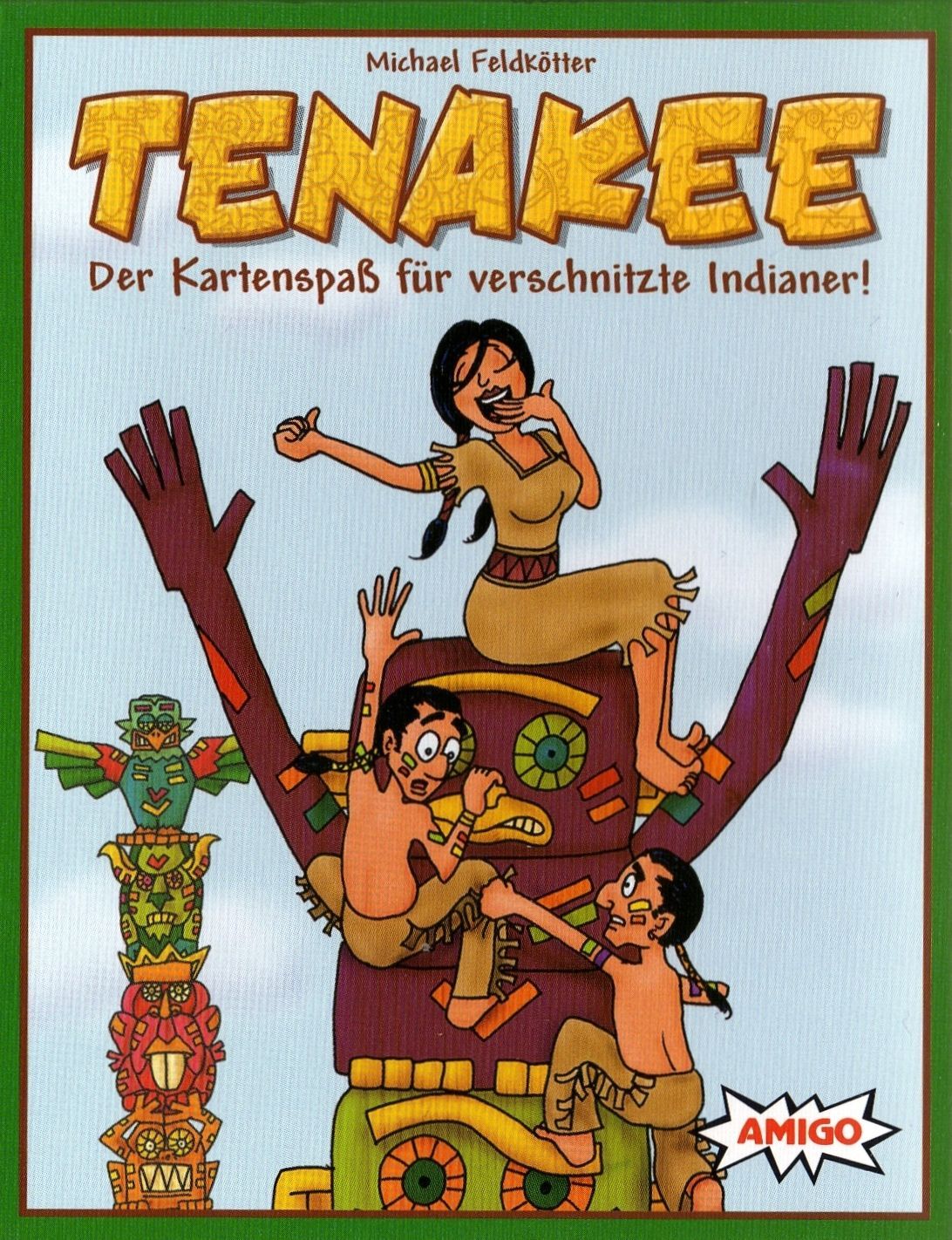 Here's a description of the game from Spielbox: This new publisher is presenting its first game: Tenakee. Under the title ‘Coco-Nut’, Michael Feldkotter had submitted this game as part of the SAZ competition for game authors at last year’s Essen fair. Alan R. Moon had run the competition and fronted the prize money; 9 authors with a total of 16 prototypes entered. This game won first prize. The great totem pole competition is being held among the Tenakee Indians. Those taking part want to show off the most beautiful and valuable totem poles. But the poles are only scored when it gets a point, so that the Indians like to annoy each other by climbing up and putting points on poles. At the same time, the squaws are using the event to search for a man. Which carver is brave enough to climb the high totem poles?