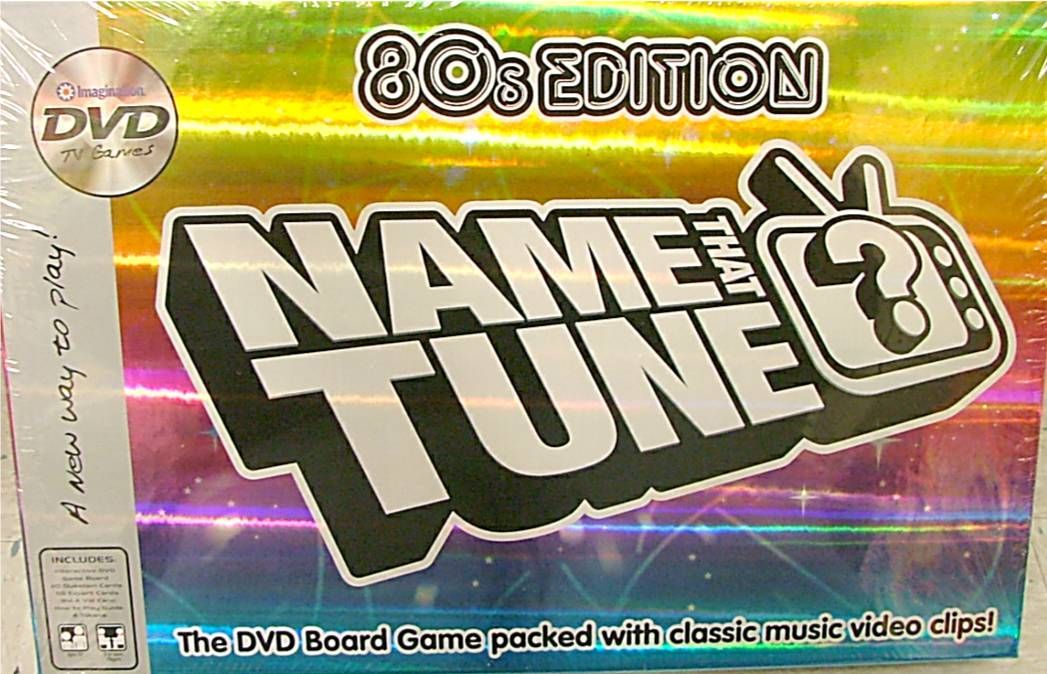 It's the 80s DVD music game that's totally awesome dude! Relive the 80s and take a walk down musical memory lane when Frankie went to Hollywood, The Bangles walked like Egyptians, and Cyndi Lauper just wanted to have fun! It's your chance to play the classic game show complete with real songs and original music videos. Test your 80s music and video knowledge, as you or your team races to Bid A Vid and go head to head in the final showdown. Win that round and you've won the game. So break out the hair gel, spike up your hair, and play the DVD board game that's packed with music clips from groups like A-Ha, Bros, Culture Club, Duran Duran, Roxette, The Ramones, Tears for Fears, Europe, Queen, Wham!, and many more, as you put your 80s music and video knowledge to the ultimate 80s music test.