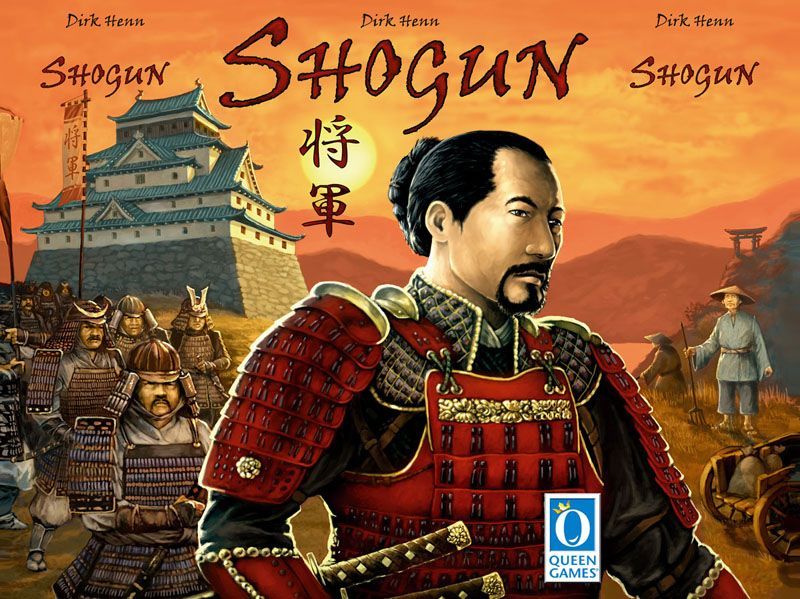 Shogun is based on the Wallenstein (first edition) game system. The game is set in the Sengoku period (approx 1467-1573) which ends with the inception of the well-known Tokugawa Shogunate. The game is an international edition with language-independent components and five language-dependent rule booklets. Japan during the Sengoku or “Warring States” Period: each player assumes the role of a great Daimyo with all his troops. Each Daimyo has the same 10 possible actions to develop his kingdom and secure points. To do so he must deploy his armies with great skill. Each round, the players decide which of the actions are to be played out and in which of their provinces. If battle ensues between opposing armies, the unique Cubetower plays the leading role. The troops from both sides are thrown in together and the cubes that fall out at the bottom show who has won immediately. Owning provinces, temples, theaters, and castles means points when scores are tallied. Whichever Daimyo has the highest number of points after the second tally becomes – SHOGUN! Re-implements: Wallenstein (first edition)