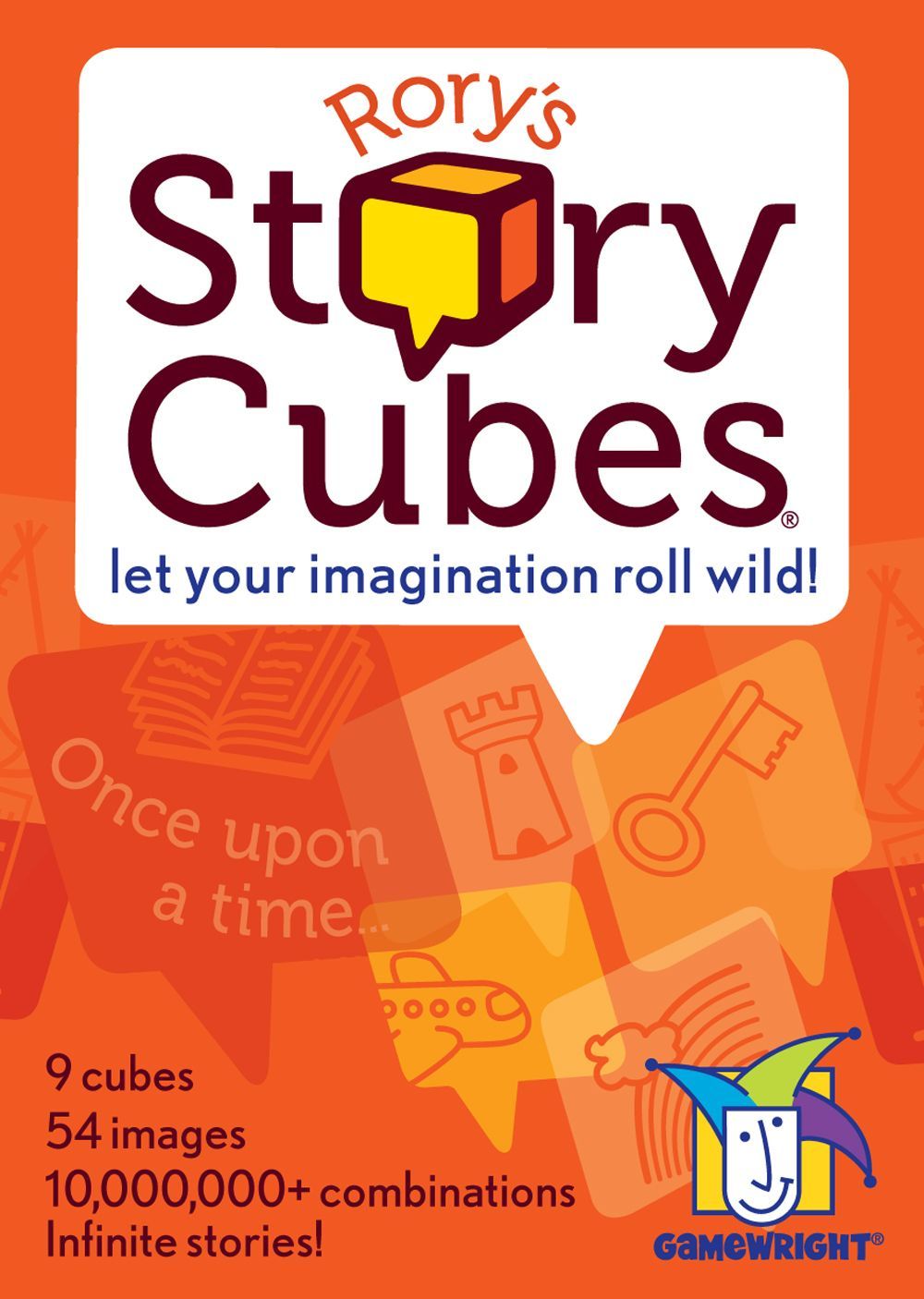 Here's a game that's enormous fun and will sharpen your wits and hone your imagination. The 54 images were designed by Rory O'Connor of Ireland, a trainer in creativity and creative problem-solving. They can be used to arrive at answers or decisions in an indirect and ingenious way. Originally Rory had put the images on the faces of a Rubik's Cube, and players would turn the Cube to scramble the images, then choose one side to play with. Kate Jones of Kadon Enterprises suggested putting the 54 images on 9 separate cubes, to allow for quicker ways to generate more varied combinations, including conceptual puzzles. Rory readily agreed, having considered the 9-cubes idea himself earlier. At a creativity conference held at Kadon headquarters in May 2004, a prototype was whipped up, and in 2005 Kadon launched the cubes version of Rory's Story Cubes. Each jumbo 1" cube has 6 images or icons, with a total of 54 all-different hand-inlaid images that can be mixed in over 10 million ways. You roll all 9 cubes to generate 9 random images and then use these to invent a story that starts with "Once upon a time..." and uses all 9 elements as part of your narrative. Play it as a game for one or more players, or as a party game for three or more. Or play it as an improv game where each player contributes part of the story, picking up where the last one left off. Win award points for speedy delivery, inventiveness, imagination, drama and humor. Full instructions include several other ways to use the cubes to solve problems, break up writer's block, enhance your imagination and heighten your ability to find unifying themes among the diverse images. Interpret or get at the meanings of your answers more quickly. It's fun, easy, and mind-stretching. As a puzzle the cubes will really give your imagination a work-out. You'll practically feel both sides of your brain dancing. The challenge: Fit the 9 cubes into a 3x3 square. Now examine the cubes in any one row and turn them so their tops have something in common. Do this for all 3 rows. Explain your choices, or challenge another player to identify the element they share. More than one answer may be right, and there are thousands of possible combinations. Rory's Story Cubes are recommended for all ages over 8, though it's fun to watch a younger child create combinations with the cubes and make up stories.