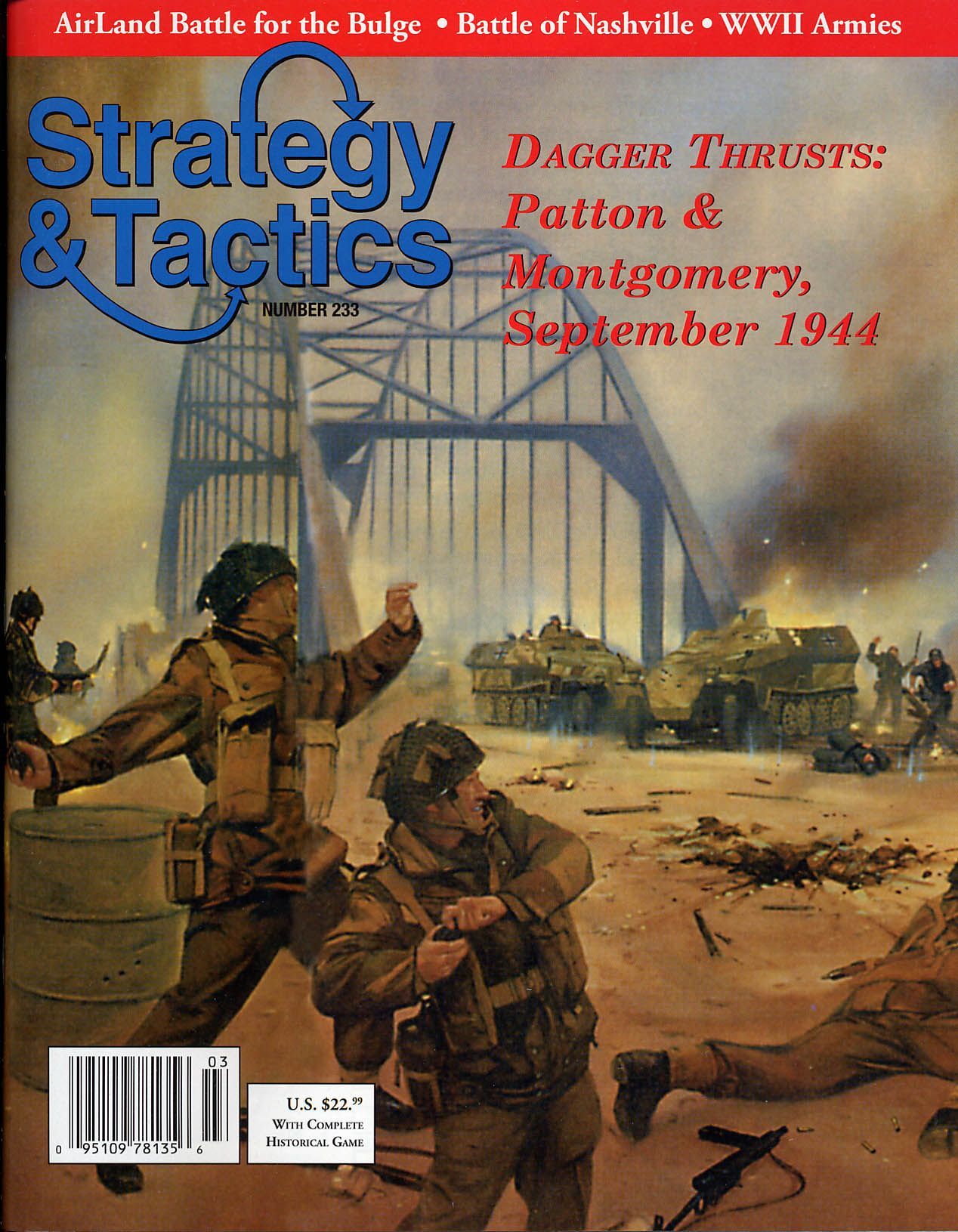 This is low-to intermediate-complexity, two-player, examination of the historic alternative to Montgomery's ill-fated Operation Market Garden. Instead of his left-jab through lowland Holland to the Rhine, we have Patton's proposed right-hook, starting at Metz and swinging north and east toward the Ruhr for a war-winning knockout blow. Or, as an alternative within an alternative, the Allied player may try for a more conservative push straight east to the Rhine, there to create a bridgehead over that German river, thereby likely advancing the advent of V-E Day by at least three or four months. As soon as you begin to game Patton's alternative to Montgomery's all or nothing plan, it becomes clear what a huge opportunity Eisenhower missed by backing the wrong subordinate. That is, for the British field marshal's plan to have succeeded, it really did have to go all the way, or at least get across the Rhine in some significant way. Failing short of both the Rhine and the Ruhr, as happened historically, meant a month had been wasted and a lot of lives lost only to create a salient to nowhere. Had Patton's idea been tried, only to fail as badly, a salient of that same size – but jutting north into the Rhineland from a base at Metz – would've done much more for the Allied cause. We've broadened the appeal of this design beyond those who enjoy alternative history by including a second, historical, scenario. At first we were only going to cover the actual Market-Garden portion of Montgomery's operations in September 1944. It quickly became apparent, however, portrayed at these time, space and unit scales, such a game would be a dud, with a map only nine hexes long and three wide. So we broadened the thing's shoulders by expanding the coverage to take in all Montgomery's possibilities that fateful month. So now you can choose a straight-up historic approach, or you can have alternative history within your actual history. Each hex on the map equals seven miles from side to opposite side. Each game turn represents three days. Playing pieces represent divisions, brigades, combat commands, Kampfgruppen and regiments of various kinds of infantry and armor formations, each containing from about 3,000 to 14,000 men and 50 to 400 or so armored fighting vehicles.