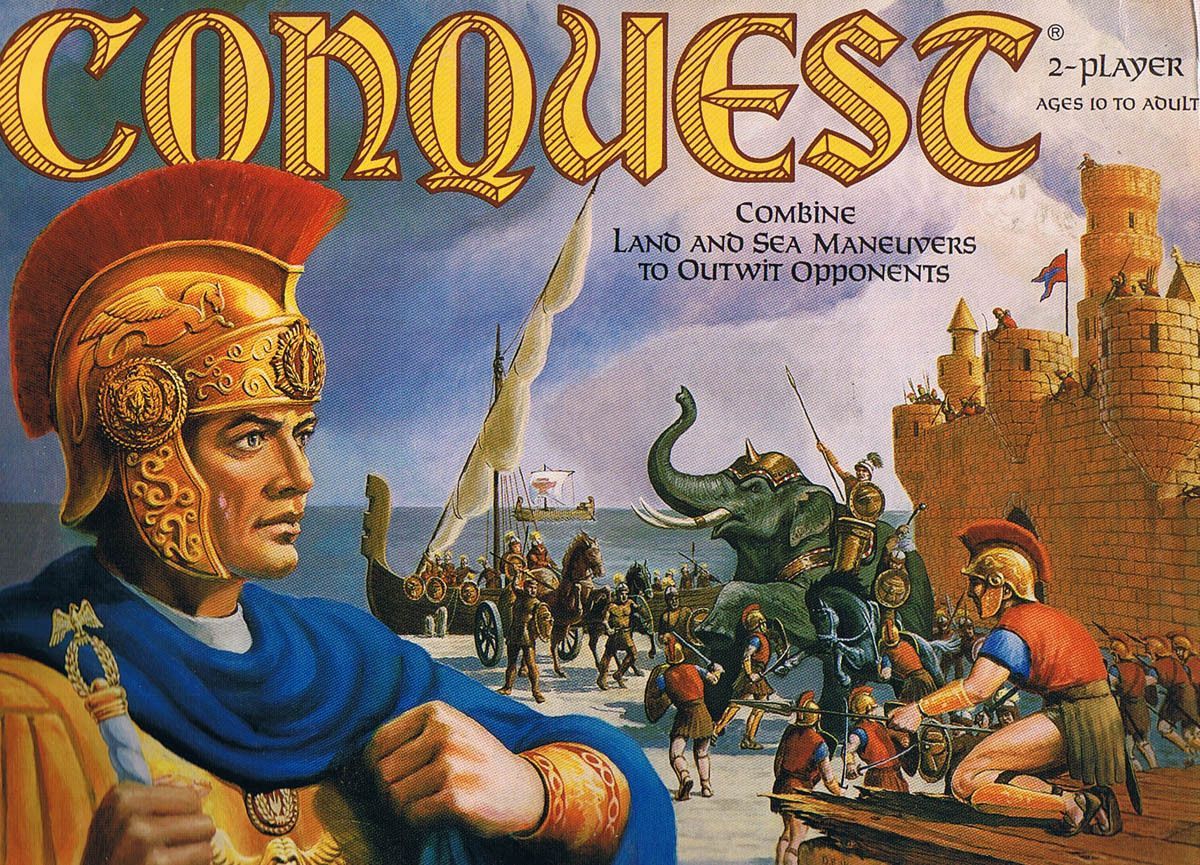 Conquest is the orginal version of the 1970s game of the same name. Donald Benge wrote the game and his company, The Quest Game Company, publishes a quarterly "magazine" to support CONQUEST and other games by the company. There are two versions of the game: a version designed exclusively for two players and a four-player version. The 1986 versions comes with manufactured components of a much higher quality than previous editions including: Four high quality color map boards that fit together "puzzle" style, two bags of colored 3-D playing pieces representing ancients-era military units, a four-page rulebook (two double-sided pages), and an attractive storage box. Set in a time of ancient warfare, Conquest is a strategy game that emphasizes strategic movement, sort of like an upgraded version of Chess. Players control different combinations of foot troops, cavalry, chariots, elephants and ships to try to capture their opponents' fortifications and/or occupy the "quest" locations. There are several scenarios included in the short rule book (Really a booklet!) and players are encouraged to design their own. Though confusing in name, Conquest is a re-implementation of this game with the same name but with play up to four players.